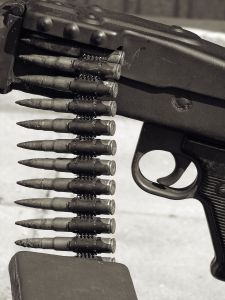 A combination of climate change and food insecurity, which could be heightened by changing weather patters, is amplifying the risks of conflict and civil unrest in 32 counties, according to a new report.

Emerging economics, including Bangladesh, Ethiopia, India and the Philippines, are amongst those categorised as the most vulnerable to climate change. The ranking took into account the risk these countries face and governments ability to adapt to the changes climate change could bring about over the next three decades.

One of the key characteristics of the countries at ‘extreme risk’ is that they depend heavily on the agriculture sector, with almost two thirds of the population being employed in the industry and 28% of economic output relying on agriculture. Maplecroft notes that changing weather patterns are already impacting on food production, poverty and social stability and could result in a rise in conflict in the future.

The report notes that the effects of climate change could negatively impact on national economies and supply chains. As a result businesses need to consider the risks they are exposed to.

Previous studies have also linked climate change to an increasing risk of conflict. One analysis studied 55 pieces of research and concluded that there is a relationship between the effects of climate change the violent conflict. The analysis looked at both conflict between individuals, such as domestic violence and assault, and groups, including riots and gang violence.