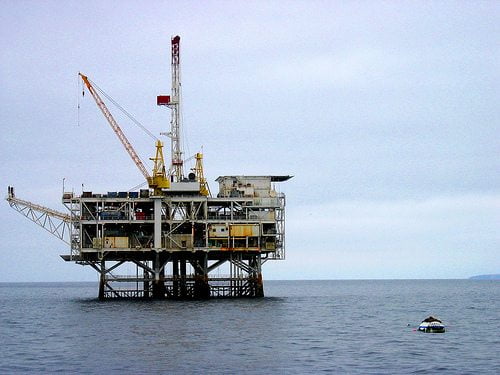 Government seeks to maximise profits from ‘dirty’ oil and gas

The government has announced it will commission an independent review into maximising growth of the fossil fuels industry – a move that has been slammed by campaigners.

The review, announced by the Department of Energy and Climate Change (DECC), will be led by long-time oil executive Sir Ian Wood, who will research the industry and look for ways to improve its efficiency in terms of economic benefits and job prospects.

Energy secretary Ed Davey said, “Our offshore infrastructure is getting older, and we are seeing a decline in the rate of exploration and in the amount of oil and gas that is being recovered.

“All these issues need to be addressed if we are to stimulate innovation in this sector and see maximum economic benefit for the UK in the decades ahead.”

DECC noted that the oil and gas sectors provide 440,000 jobs, and stimulates “business, innovation and skills” – something that renewable energy has the potential for, but without the harmful environmental and social side-effects and on a longer timeframe.

Campaigners noted that the government’s proposals for the review failed to mention climate change and the potentially negative impact of a fossil fuels-based economy.

Friends of the Earth’s senior climate and energy campaigner Simon Bullock said, “Yet again the government’s fossil-fuel addiction is keeping the nation hooked on dirty and increasingly costly oil and gas while jeopardising crucial climate targets.

“With the International Energy Agency warning that global temperatures could rise by up to 5.3C, ministers must not ignore the dire economic and environmental consequences of failing to tackle climate change.

“It’s time to forget about North Sea oil and gas exploration and maximise investment in energy efficiency and clean power from our wind, waves and sun.”