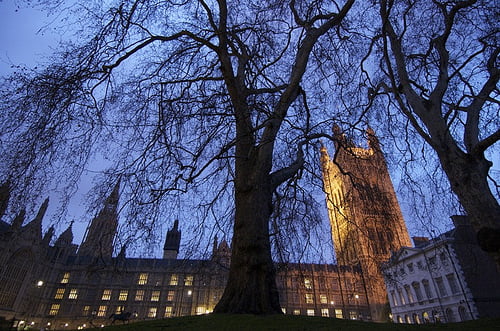 The government will “promote economic growth” while also “continuing to make progress in tackling climate change”, the Queen said in her annual speech to parliament.

Outlining the coalition’s strategy for the next 12 months on Wednesday, the Queen added that David Cameron’s government will “continue with legislation to update energy infrastructure and to improve the water industry”.

The energy bill, which was carried over from last year’s speech, was unveiled by energy secretary Ed Davey in December.

However, in the months since its publication, the government has received criticism over the lack of a 2020 decarbonisation target. Conservative MP Tim Yeo is among those to have voiced particular dissension with this aspect.

The energy bill went through a committee stage in February but is yet to progress through to a second reading.

The Queen’s calls for improving the water industry have been generally welcomed by the industry, though green groups claim there is still some way to go to secure a sustainable water supply.

“The sustainable vision of water management in this country failed to materialise in legislation and we have serious concerns that the bill, as currently drafted, could make water supply less resilient and decrease the quality of service and affordability for paying customers”, said Lucy Lee, freshwater policy manager at WWF-UK, which welcomed the publication of the government’s water white paper in 2011.

In her speech, the Queen mentioned that the UK’s G8 presidency will help spur on the government to “promote economic growth, support free trade, tackle tax evasion, encourage greater transparency and accountability while continuing to make progress in tackling climate change.”

BusinessGreen’s James Murray wrote that the inclusion of climate change in this list of priorities “could represent something of a U-turn” for the UK.

The Queen added, “Legislation will be introduced to enable the building of the High Speed Two railway line, providing further opportunities for economic growth in many of Britain’s cities.” This comes after the government unveiled details of the £32 billion rail network in January.