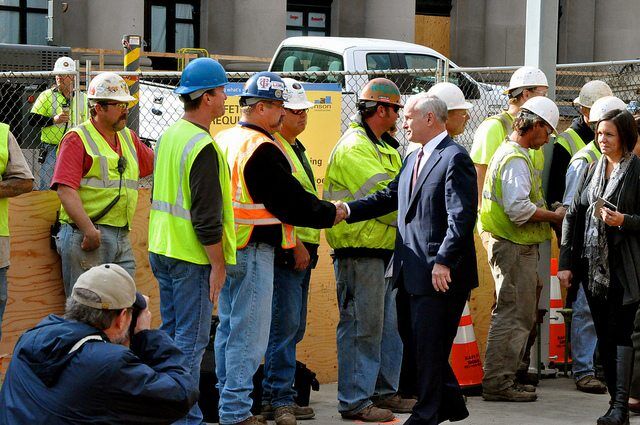 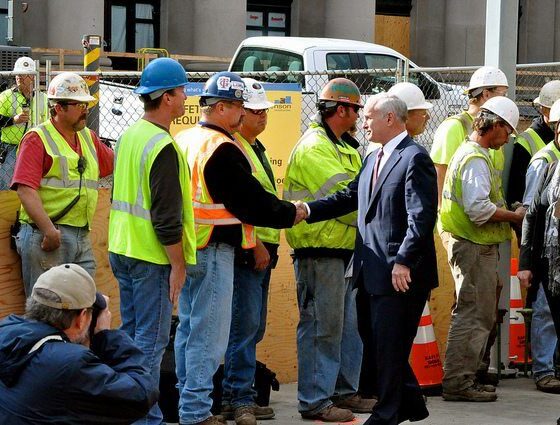 A top priority for new leaders must be to combat living standard gaps between and inside cities.

With less than two hundred days to go until the first Metropolitan Mayors are elected, the future of devolution rests on the candidates’ ability to make early progress on tackling the entrenched problems that have reduced living standards and caused the poor economic performance of England’s major city regions.

This is according to a new report published today by the Resolution Foundation to mark a major new project on boosting living standards across England’s city regions.

As Tees Valley, Greater Manchester, the West Midlands and the Liverpool city region go the polls on May 4th next year, and with Sheffield and West of England also likely to hold votes, the report sets out the different living standards challenges for the Metro Mayor candidates in each area. These include poor employment prospects, low pay, and high inequality within city regions.

The Foundation says that the lack of strong support among voters for Metro Mayors means that there is a huge pressure on the ‘first generation’ of elected leaders to create a measurable positive change in their first few years of office. It warns that failure to do so could undermine the case for Metro Mayors and put future devolution deals in doubt.

The report shows that while cities are considered to be the engines of economic growth, typical incomes across England’s major city regions are – with the exception of London and the West of England city area – actually lower than the UK average.

The jobs market also varies widely between cities, with the West Midland’s employment rate 13 percentage points below that of the West of England, despite Birmingham being less than 100 miles from Bristol.

The report notes that these job gaps are often caused by the poor employment prospects facing disabled, BAME, low-skilled and older workers in cities. Helping these groups enter and remain in the labour market is the single biggest way to improve employment rate, says the Foundation.

In order to meet these challenges, the Resolution Foundation argues that the following issues should be at the top of each new Mayor’s respective to do list:

• Manchester: spread prosperity more evenly. Trafford has an employment rate of 79 per cent whereas the rate is 63 per cent in Rochdale. This intra-city jobs gap is – at 16 percentage points – the biggest in any city region.
• West Midlands: improve the disastrous employment levels across the area. The region has the lowest employment rate of any city region by far at 64.4 per cent, around 10 percentage points below the national average. All local authorities in the region are below the national average.
• Tees Valley: increase ethnic minority employment. Employment rates for ethnic minorities are lowest in the Tees Valley. Only by addressing this can the region improve its overall employment rate (68.8 per cent) which is the third worst of all the city regions.
• Sheffield: tackle low pay. Sheffield has the lowest hourly wages (£10.54) of all the city regions and around one in five workers will be on the minimum wage or National Living Wage by 2020.
• Liverpool: boost disabled employment. The employment rate for disabled people in Liverpool is 36.4 per cent compared to 42.1 per cent across all the cities. Liverpool centre also has the second lowest city employment rate in the country (60.8 per cent).
• West of England: build more houses. The top city region (outside of London) for incomes needs to deal with the problems of success. Aside from London the region has experienced the fastest growth in house prices – up 33 per cent since April 2009, but wages have only increased by 6 per cent.

Torsten Bell, Director of the Resolution Foundation, said:
“First impressions matter. That’s why the first generation of Metro Mayors will be measured by the change they deliver for their cities, not the powers they receive – desirable though devolution is.

“The focus both in the election campaigns to come and for new city leaders once elected must be on identifying the key living standards challenges in different cities and showing that the renewal of municipal economic leadership delivers concrete progress in tackling them.”

Stephen Clarke, Research and Policy Analyst at the Resolution Foundation, said:
“Creating inclusive prosperity that isn’t limited to a few areas within cities should be at the heart of each Metro Mayor’s mission. But there is no one size fits all approach to achieving it and each area presents a unique challenge, from low disabled employment in Liverpool to a lack of housing in the West of England.

“Exploring which groups are struggling to get and keep decent jobs in a particular area is key to enabling new Mayors to make a measurable difference to the lives of many of their constituents.

“Get this right and Metro Mayors may finally be able to win over a sceptical electorate. Get this wrong and the future of devolution could be undermined.”