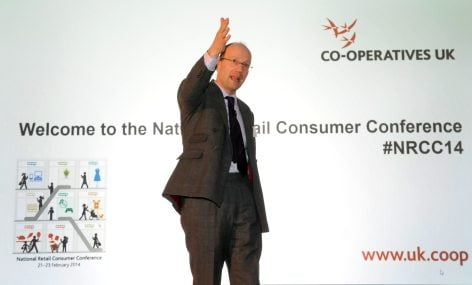 Despite the Co-operative Group’s turbulent year in 2013 raising questions about the effectiveness of the mutual business model, the sector has proven itself with strong figures and growth, a new report from Co-operatives UK shows.

The report noted that like all businesses, co-operatives experienced a difficult year in 2013. However, the number of UK co-ops trading reached 6,323 last year, a 2.6% increase on 2012.

When the figures since the financial crisis are compared, the growth is even more impressive. Since 2009 the sector has experienced a 26% increase in the number of players.

The rise is linked to a people-centred movement with communities working together on a variety of projects, from saving their local pub to generating green energy. The report adds, “In these times of austerity, community share issues have become one of the most significant and reassuring trends.”

Co-operatives are working in all parts of the economy. Some £27 billion of the total generated came from the retail sector and £5 billion from agriculture. However, smaller areas also contribute, including housing co-ops (£532m) and the energy, environment and recycling sector (£67m), and could see growth in the future as communities play a bigger role and the model continues to experience growth.

The report also highlights that there are now more member owners of co-ops, just over 15m, than there are direct shareholders of businesses in the UK. The fact represents the growing recognition that the mutual business model can add value.

Ed Mayo, secretary general of Co-operatives UK, commented, “The last year has been a deeply humbling one for the Co-operative Group and Bank. While both businesses are now focussed on reform and recovery, their troubles have been front-page news.

“However, while all that was playing out in the public eye, the untold story is that, behind the scenes, the rest of the co-op sector was putting in a more impressive financial performance.”

Following recapitalising the Co-op Bank, the Co-operative Group announced a “disastrous” loss of £2.5 billion in 2013. Reviews into the failure at both the group and bank highlighted governance as an issue.

Mayo added, “What happens to one co-operative can affect others, and there may yet be further fallout in brand terms from a year of turbulence at the Co-operative Group. However, overall, the mutual model still carries higher trust and affection than business at large, so being a co-op will still give a business a most welcome competitive edge.”