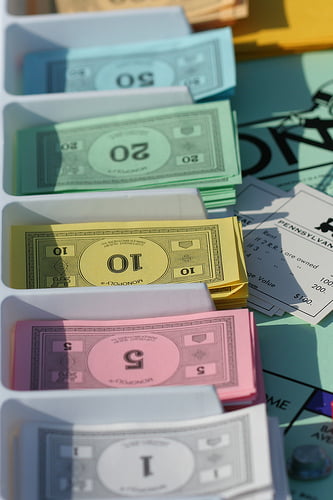 Northern Rock: ‘bank error not in your favour’

Bailed out, repeat offender Northern Rock has cost the taxpayer another £270m, due to badly worded loan statements. Meanwhile, 152,000 borrowers stand to gain £1,775 on average in an early Christmas gift from the failed bank, as well as a Monopoly-sized £10 bill for every income taxpayer.

Northern Rock loan statements did not include the loan principal and as a result were not compliant with the Consumer Credit Act (CCA).

The CCA requires there to be three numbers on a statement: the original amount borrowed (principal), the opening balance and the closing balance. The error began in October 2009 when the law changed. The amount is the interest paid by borrowers during that period.

While borrowers would not have lost out financially due to the error, they would have been entitled to restitution.

Formerly the Northern Rock Building Society, the bank was formed in 1997 when the society floated. After suffering the largest bank run in modern times in 2008, it was nationalised in 2009 and subsequently split into a ‘good’ and a ‘bad’ bank in 2010.

Northern Rock became the public facing bank, Northern Rock, and a separate toxic asset company, Northern Rock (Asset Management) plc, which is still owned by the taxpayer. It is this latter part that has incurred the £270m bill.

The good bank was acquired by Virgin Money in November 2011 for £747m, leaving taxpayers a paper loss of between £400-600m or over £20 per income taxpayer. During 2012, the Northern Rock brand was phased out and replaced by Virgin.

The size of the potential losses contained in the bad bank part of Northern Rock is still uncertain and it still owes the Treasury over £20bn.

If you are tired of ongoing bailouts of failed banking groups, read our Guide to Sustainable Banking to explore the alternatives.