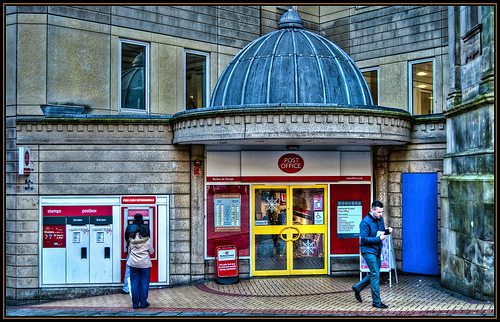 The Post Office is to extend its current account pilot to over 100 stores giving consumers another alternative option to the major banks. Some 81 branches across the East Midlands and East of England will now offer current accounts bringing the total to 110.

The organisation said the service appeals to customers looking for “choice, good value, fair and transparent products”. The move into the current account market has further developed the Post Office’s position of becoming a “recognised and trusted alternative to the major banks,” the company added.

The current account switching service, which has made it easier and quicker for consumers to switch providers, could benefit the Post Office. Research suggests that customers switching are opting away from traditional high street banking names and choosing a new provider based on reputation and customer service.

John Willcock, head of current accounts at the Post Office, said, “This exciting move is in line with our planned next steps into making our accounts accessible to thousands of customers who are looking for a credible alternative to their existing bank.”

More competition in the finance sector will benefit consumers by making banks compete to attract customers and allowing people the option to choose a bank the aligns with their ethics.

Kevin Mountford, head of banking at MoneySuperMarket, said, “As well as current accounts from The Post Office, we will also see new accounts being launched by other challenger brands such as Tesco Bank and Virgin Money so it will be interesting to see whether the stranglehold of the big high street banks will finally be loosened in 2014, especially now customers are able to switch accounts in just seven days.”

He added that he would expect further roll out of Post Office current accounts to other regions over the coming months.

Consumers could be given even more choice over the year after it was reported the Financial Conduct Authority (FCA) has been holding informal talks with 21 firms that want to apply to launch new banks.