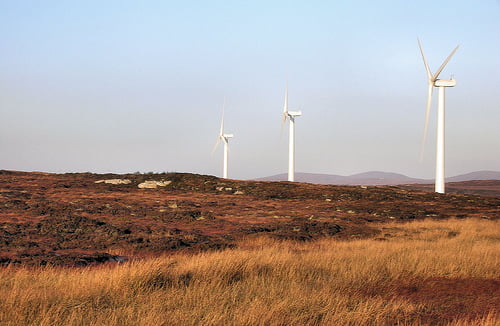 Renewable energy provided 11% of the UK’s electricity in the first four months of 2012 – up 39% since a year earlier – according to statistics released by the Department of Energy and Climate Change (DECC).

Onshore wind remained the largest contributor to renewables generation, whilst solar power maintained its status as one of the fastest-growing clean technologies, increasing its generation by 877% since 2011 Q1.

Energy minister Charles Hendry said, “Today’s statistics show a clear increase on the first quarter of last year across all renewables – with rises in wind, hydro, solar and bioenergy generation.

“Alongside a 36% increase in renewables capacity in the last 12 months, this shows that the UK is powering forward on clean and secure energy and is clearly a very attractive place to invest.”

The attractiveness of the sector was proven by a pair of reports that each showed record investment highs for the renewables industry in 2011, with $257 billion (£165 billion) pumped into the sector in 2011 – six times the amount invested in 2004.

Another report, by the Centre for Economics & Business Research (CEBR), predicted a number of economic benefits for the UK, if it successfully tapped into its plentiful offshore wind resources.

By 2030, the CEBR study says, in addition to adding 0.6% GDP growth and creating 173,000 jobs, the sector will single-handedly deliver an increase in net exports by £18.8 billion – enough to fill 75% of the UK’s current balance of trade deficit.

Blue & Green Tomorrow’s latest in-depth report, The Guide to Limitless Clean Energy, is set to be published early next week. It includes expert insight into a thriving industry that looks set to form the backbone of the UK’s economy.

In the meantime, though, get in touch with Good Energy – the UK’s only 100% renewable electricity supplier – to find out how you can convert your home to clean power.