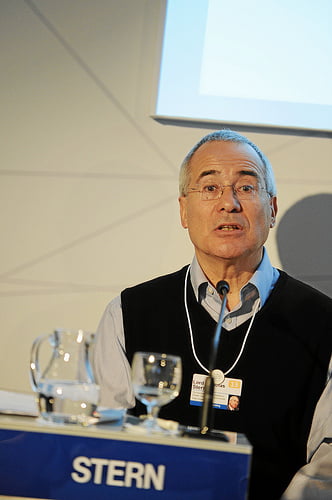 Lord Stern, who seven years ago led the writing of a government-commissioned review on climate change, has admitted that the effects are “coming through more quickly than we thought”.

Speaking in an interview at the World Economic Forum in Davos, he said, “Looking back, I underestimated the risks. The planet and the atmosphere seem to be absorbing less carbon than we expected, and emissions are rising pretty strongly.”

Stern added that many countries had grasped the severity of the situation already, and were acting accordingly. But others remained lagging behind.

“This is potentially so dangerous that we have to act strongly”, he said.

“Do we want to play Russian roulette with two bullets or one? These risks for many people are existential.”

Read more about Stern’s comments in The Guardian.