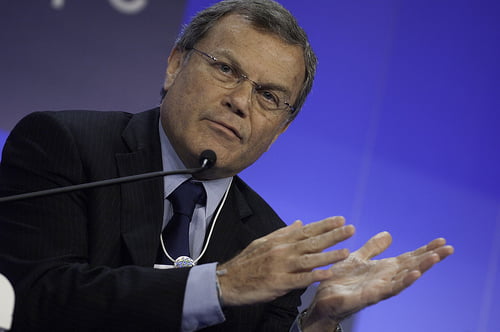 A majority of 59.53% opposed the package offered to Sir Martin, who last year received the second largest annual sum out of all FTSE 100 company chiefs, taking home over £11m last year. Only Barclays’ Bob Diamond (£21m) scooped a chunkier pay-packet.

“Today’s defeat of WPP’s remuneration report is unsurprising given shareholder comments in the last few months”, she said.

“It is difficult to know whether the WPP board underestimated the level of shareholder anger or simply chose to ignore it.”

At the firm’s 2011 AGM, 42% of shareholders voted against its remuneration policy. Instead of acting upon this worrying dissatisfaction, WPP upped Sir Martin’s pay-packet.

Rouse, who attended the meeting in Dublin, added, “In the last few days the board appears to have adopted a more conciliatory tone, suggesting that shareholder views will be considered more fully in future.

“A continuing disregard of shareholder sentiment would bolster calls for a binding shareholder vote on pay.”

WPP boasted over £10 billion in revenue last year, whilst Sir Martin has an estimated fortune of £174m – making him the 12th richest person in publishing and advertising, according to the Sunday Times Rich List.

The advertising and marketing giant’s shareholder revolt follows in the footsteps of Barclays and Aviva – both of which have endured similar opposition at their AGMs in recent months.