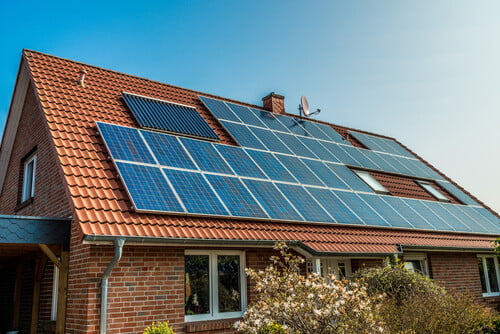 How Battery Storage Is Revolutionizing The Solar Industry

In recent years, solar-energy sectors across the world have started to unveil battery-storage products that will enable homes and businesses to generate renewable energy 24/7. Tesla’s monopoly on battery storage is coming to an end, with a slew of household providers hitting the market with affordable storage products (like Duracell, for example).

Across the world, numerous economies – each with different challenges and strengths – are coming up with new and innovative ways to shake up their solar energy markets. The ultimate goal, and that of the renewables sector in general, is for homes and businesses to be fully self-reliant.

In the case of solar energy, that means never having to use excess energy from the National Grid once the sun goes down. Soon, this may well be a reality.

Demand for solar energy is on the rise

Solar growth is strong and continues to overshadow other renewable energy sources. In fact, the environmental law group ClientEarth recently commissioned a survey that reveals just how popular solar energy is, and how it has gone from strength to strength in both domestic and commercial spaces. The survey revealed the following:

See a pattern forming? With the government’s help, it’s clear that more homeowners would switch to solar energy. Maybe there’s just not enough information going around, or maybe homeowners have become too reliant on traditional energy.

Whatever the reason, out of these three findings, battery storage is the most significant because it’s the only way in which we can be fully self-reliant and 100% carbon-free in our homes and in our businesses.

Battery storage is shaking up the solar energy sector on a worldwide scale. Here’s how.

What’s happening in the UK?

Come March 2019, the UK’s Feed-in Tariff – a scheme created to incentivise homeowners to switch to solar energy – will no longer apply to new solar users. The Feed-in Tariff was designed to give homeowners quarterly payments based on the green energy they have generated.

Those who signed up to the Feed-in Tariff before March 2019 will continue to receive payments, which is a silver lining for existing solar users. But with no initiative to encourage people to switch to solar as of March 2019, there’s no telling what effect it could have on the number of new installs in the future.

According to the UK government, the Feed-in Tariff is simply no longer needed. Here’s what the official consultation says:

“Our energy system is changing; technologies such as storage are expected to play an increasingly important role and government seeks to move away from driving deployment with direct subsidies.”

If the consultation is right on one thing, it’s the growing significance of battery storage. The end of the Feed-in Tariff means that homeowners coming to solar energy after March 2019 need to change up their approach if they want to save money.

Ultimately, they need to end their reliance on the UK National Grid – this means not having to rely on traditional energy when the sun goes down. So, with a solar battery, the homeowner can be completely carbon-free.

How about the US?

Fortunately for the US solar energy market, a better solution is in the works. An energy company owned by the California billionaire Patrick Soon-Shiong recently introduced its latest innovation to the world: a rechargeable battery that operates purely on zinc and air.

The new batteries are said to store power far more cheaply than anything the US energy market has seen before.

“It could change and create completely new economies using purely the power of the sun, wind and air.”

The battery–storage boom is pushing solar power to the forefront of energy markets worldwide, allowing homeowners to stop relying on traditional power and to instead embrace renewable energy 24/7.

Homeowners are becoming more technologically savvy and open to new advancements, which can only bode well for the growth of renewable energy and, in particular, solar power.

Callum Dawson is a writer for Project Solar UK, one of the UK’s most trusted provider of solar products.