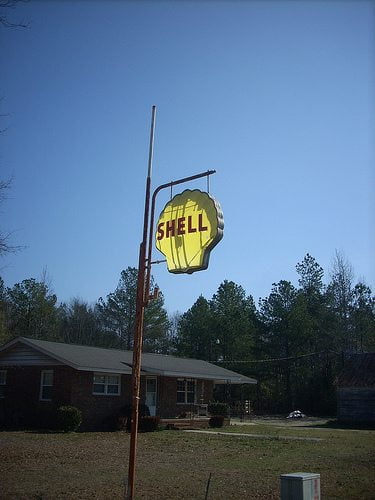 The global oil refining industry has been hit by squeezed margins, with three of the biggest oil companies reporting falling third-quarter profits on Thursday.

Royal Dutch Shell has seen its third-quarter earnings fall by 31% to $4.2 billion (£2.6 billion) from $6.2 billion (£3.8 billion), saying that weak industry refining margins and security problems in Nigeria are to blame.

The oil giant said that it, like the rest of the industry, has suffered from rising operating, exploring and maintenance costs while seeing lower profit margins from its refinery business.

It added that oil theft and sabotage in Nigeria also cost the firm $300m (£186m). Nigerian authorities estimate that around 150,000 barrels worth of oil is stolen per day, directly from the pipelines that cross the country. The company also blamed this crisis for its falling profits in the second quarter.

Peter Voser, chief executive of Shell, said the situation in Nigeria will only deteriorate further, but argued that there are reasons for optimism.

“We have started up a series of new oil and gas fields in the last few months, in deep water, integrated gas, and in our longer-term plays such as Iraq.

Shell is not alone in reporting poor third quarter performance in the refinery business. Total and Exxon Mobil both reported yesterday that their profit margins from oil refinery were down, blaming falling demand in a time of economic difficulty and increased industry capacity.

BP, meanwhile, had announced a $1m increase in profits for the third quarter compared to the second on Wednesday. However, these profits were lower than those from the same period last year.