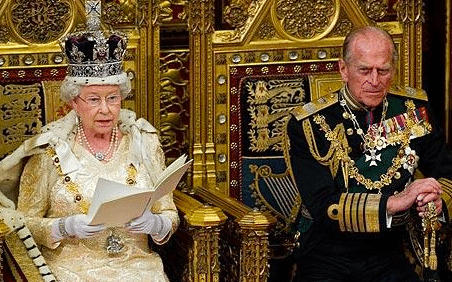 The Queen will formally open the next Parliamentary year at the Palace of Westminster on Wednesday, setting out the Conservative government’s agenda for the next 12 months. But there are concerns that the speech will do little to mitigate the effects of climate change or invest for the future.

The Queen’s speech this year is expected to address the top political issues of the day, including the EU referendum due to take place by the end of 2017, a new British Bill of Rights to replace the Human Rights Act and laws to devolve further powers to Scotland.

But the new legislative programme has been condemned by the Green Party’s only MP in Westminster, Caroline Lucas.

Lucas said in an article for the New Statesman that there were “worrying omissions” in this year’s Queen’s speech to invest in the future and tackle climate change.

She wrote, “Wednesday’s Queen’s Speech should be a chance for the government to set out how it will use the next five years to deliver long term meaningful social, economic and environmental progress in Britain. Yet it seems increasingly likely that we’re set to witness instead another missed opportunity for the change in direction this country so desperately needs.”

Lucas, who has been flying the flag for social, economic and environmental sustainability since being elected as MP for Brighton Pavilion in 2010, added that the most “worrying omission” from this year’s legislative programme was the need to tackle climate change.

Lucas has been an active campaigner on social and environmental issues; she was arrested at an anti-fracking protest in Balcombe back in 2013 after being accused of blocking a highway.

She said, “If David Cameron is to be taken seriously as a world leader on the most pressing issue of modern times, then he must be far bolder in implementing policies which allow us to do what the science requires: leave the vast majority of our existing reserves of oil, coal and gas in the ground and unburned.”

She said that it was a tragedy that minister were “obsessed” with the deficit reduction plan, arguing that it fuels poverty and means that families are having to cut back on the food they eat.

“Beyond these grim facts, and the missed opportunity of inaction over climate change, is a truth that the Tories don’t want to admit: their plans fail future generations.   A Green parliamentary programme, on the other hand, will seek to propose positive alternatives which have at their heart one core principle: that we must invest now to build a resilient redistributive economy for the future.”

“There are plenty of credible alternatives to the business as usual to which we are all too often treated – all making sound economic sense. While it’s not looking like many will make it into the Queen’s Speech, they will make it into my Green parliamentary programme which sets out practical measures to secure a decent future for generations to come by creating a fairer, more sustainable Britain.”