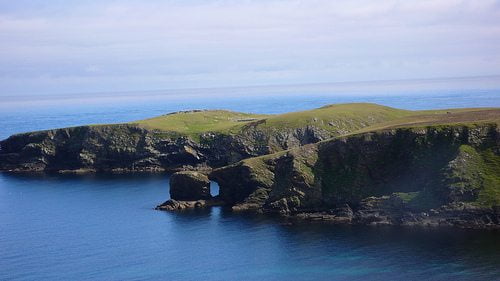 The project, funded by the government and local council, was developed by tidal energy company Nova Innovation in partnership with North Yell Development Council. It will be able to power 30 homes plus two other estates.

Energy minister Fergus Ewing said, “For the first time, anywhere in the world, a community-owned tidal turbine is generating electricity.

“Scotland is recognised as world leader in wave and tidal energy, with a quarter of Europe’s tidal stream and a tenth of its wave-energy potential.

“We must tackle climate change and reduce our reliance on fossil fuels through better and more efficient uses of energy. That is why Scotland generated a record amount of electricity from green energy sources last year.”

The project was made possible thanks to the Scottish government’s Community and Renewable Energy Loan Scheme, which was launched back in 2012 in order to support local communities and rural businesses generating their own energy.

WWF Scotland’s climate and energy policy officer Gina Hanrahan commented, “It’s great to see yet another first for Scottish tidal power. With some of the most powerful tides in Europe, Scotland is well placed to lead in developing this promising technology, which will help to cut climate emissions and create skilled, green jobs.”

Last  year, Scotland, which has ambitious renewable energy targets, also approved what would be Europe’s largest tidal project in the Pentland Firth. According to engineers from Edinburgh and Oxford Universities this facility alone could power almost half of Scotland.