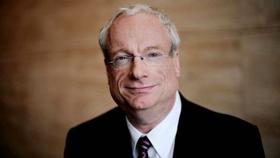 The Task Force on Shale Gas today released its third report looking at how the development of a UK shale industry would affect our overall climate impact.

The report’s overarching finding is that shale gas has a role to play as an interim baseload energy source in the UK energy mix over the medium term.  Gas will be needed for several decades, for energy, electricity, heating, and industry; but it must not prohibit or slow the development of an effective renewables and low carbon energy industry.

Lord Chris Smith, chair of the Task Force on Shale Gas said: “Our conclusion from all the evidence we’ve seen is clear. The UK will only meet its binding climate commitments by moving in the long term to renewable and low carbon energy sources.”

“Nonetheless, from the evidence it is apparent that renewables cannot meet the UK’s short term energy needs. Gas must play a role over the medium term. The relative climate impact of shale gas is similar to that of conventional gas and less than that of liquefied natural gas (LNG).  It is also much better than coal.”

“Gas will be needed for several decades to come.  But we make two strong recommendations to make sure this happens in the right way.  First, there must be immediate progress in developing carbon capture and storage for gas-fired power stations and industrial plant.  And second, we recommend that the Government should deploy revenue derived from a developed shale gas industry to investment in R&D and innovation in CCS and low carbon energy generation, storage and distribution.”

The recommendations follow months of academic review, input from industry, experts, campaigners and relevant associations. The Task Force concludes that, if properly regulated, implemented and monitored, shale gas should be explored as a potential gas source to meet UK energy needs.

“Everyone has a right to make their own personal decision on the issue of shale gas on the basis of trusted and factual information. The guiding principle of the Task Force remains to provide that information,” said Lord Chris Smith, “With this third report the Task Force has reviewed evidence, visited shale gas sites and met with experts and communities, all of which has informed our climate change recommendations. We look forward to the public’s response.”

The Task Force will publish its final report in December 2015 covering economics, together with its final conclusions and recommendations.

The Task Force on Shale Gas was launched in September 2014 to give careful consideration to public concerns, and to provide an impartial and transparent assessment of the potential benefits and risks of shale gas extraction to the UK. For more information visit http://www.taskforceonshalegas.uk.