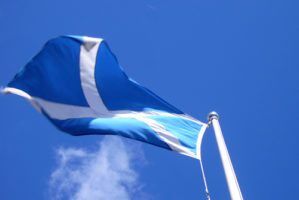 Five key opportunities for the low-carbon economy to watch out for in the Programme for Government.

In advance of Tuesday’s announcement of the Scottish Government’s new Programme for Government, WWF Scotland has highlighted five key areas expected to feature in the Programme that could create jobs, boost the economy as well as tackle climate change:

·         A Warm Homes Bill was promised in the SNP’s manifesto. It needs to support the rapid growth of district heating and renewable heat in Scotland. With approximately 50% of Scotland’s emissions coming from heating this would bring clean and green warmth to thousands of homes and create new industrial jobs.


·         Action to address fuel poverty: With fuel poverty deadlines approaching and households wasting cash and carbon heating leaky homes, increased investment in energy efficiency is needed. A goal must be set to ensure no-one in Scotland is living in a cold & draughty home- meeting this would create 8-9,000 jobs spread across the country, with most of those in small and medium-sized businesses.

·         A new Climate Change Bill, promised in the SNP’s manifesto, will provide a welcome opportunity to focus the whole Parliament on climate change. However, the Bill must be consistent with the need for more policy action, as highlighted by the Scottish Government’s independent advisors on climate change.

·         A new climate action plan for Scotland will need to be delivered by the end of the year and should be mentioned in today’s announcement. To maximise Scotland’s low-carbon economy it should expand on leadership and emission reductions already achieved in electricity and waste, to address laggard sectors like transport and heat.

·         A new energy strategy is also due for the end of the year and is expected to feature in today’s announcement. Progress and leadership from the electricity sector should be spread to the heat and transport sectors with a new target of generating 50% of all of Scotland’s energy (across heat, electricity & transport) from renewables by 2030.

It’s clear that the Scottish economy needs new infrastructure projects and shovel-ready capital investment, but this should be a clean, green economic boost.

“It’s expected that this Programme for Government will focus on the economy, and as the First Minister herself has said action on climate change is a massive economic opportunity for Scotland.

“The proposed new energy strategy is an opportunity to spread the economic benefits we are already securing in the renewable electricity sector to the areas of heat and transport, which account for the majority of our energy use. Scotland’s 2020 renewable electricity target has helped create 21,000 low-carbon jobs, and a target of generating half of all of our energy from renewables by 2030 would help drive the same kind of progress in the heat and transport sectors.

“It’s clear that the Scottish economy needs new infrastructure projects and shovel-ready capital investment, but this should be a clean, green economic boost. Investing in the energy efficiency of our homes is the perfect solution. A multi-billion pound investment in ridding Scotland of the scourge of cold homes would create up to 9,000 jobs spread across every part of Scotland and help us achieve our climate change and fuel poverty ambitions.”