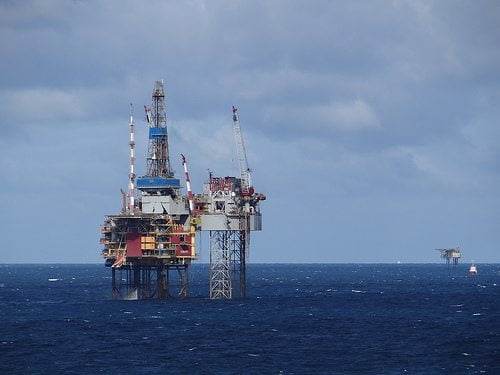 Campaigners have said the “clock is ticking” on an environmental disaster in the Arctic, after oil giant Gazprom announced the first commercial production from the oil platform now famous as the site of the ‘Arctic 30’ protests.

The Russian state owned company, one of the largest natural gas extractors in the world, announced that it has extracted a quantity of commercial oil from the Arctic drilling platform Prirazlomnaya, which was the platform boarded by Greenpeace activists in September.

The 28 activists and two journalists were arrested on charges of piracy, but the charges were subsequently varied to hooliganism and the ‘Arctic 30’, as they became known, were eventually pardoned after pressure from a worldwide campaign demanded their release.

In a statement, Gazprom said that the extraction of oil from the Pechora Sea marks the first Russian-led resource development project in the Arctic region.

But Faiza Oulahsen, one of the Arctic 30, said that it was a “dark day” for the Arctic.

“Gazprom is the first company on Earth to pump oil from beneath icy Arctic waters and yet its safety record on land is appalling. It is impossible to trust them to drill safely in one of the most fragile and beautiful regions on Earth.”

Oulahsen added, “This is why I have spent the last two months of my life in jail, but I am just one of millions who oppose this reckless oil rush.  We must stop this trickle of Arctic oil before it becomes a flood.”

Although the Russian project marked the first extraction within the region, the world’s superpowers have their sights set on the Arctic, with US president Barack Obama stepping up military strategy in a “diminishing” region.

Russian president Vladimir Putin also ordered an increase in military capacity within the area at the beginning of December.