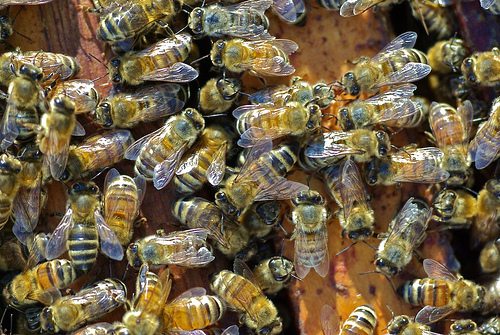 English honey bees benefitted from this year’s mild winter and improved colony survival rate, but experts noted that the loss is still too high.

Winter survey by the British Beekeepers Association (BBKA) revealed that honey bee colony losses were one in ten compared to losses of more than one in three over the winter of 2012-2013, with improvement shown in all regions across England.

However, the association said that an average of 9.6 colonies in every 100 being lost between 1 October 2013 and 31 March 2014 is still a too high rate for economic viability of the activity.

Dr David Aston, BBKA president, said, “The results from this year’s survey are encouraging, but must be seen in the context of longer term trends.

“It is clear that beekeepers are doing their utmost to sustain and increase honeybee colonies through their skilled husbandry.”

Despite a growing and solid evidence that neonicotinoid pesticides are mostly to blame for pollinator decline, as these are associated with a disease called colony collapse disorder (CCD), the BBKA pointed forage availability and the varroa disease as the main causes for losses.

However, the BBKA has been previously criticised by a number of organisations and scientists because of the funds it received by chemical corporations such as Bayer, Syngenta, BASF and Belchim and the lack of stance on harmful insecticides.

Three neonicotinoids have been banned in the European Union for two years starting from December 2013, but both the BBKA and the National Farmers Union have expressed concern that alternative spray substances could be equally dangerous.