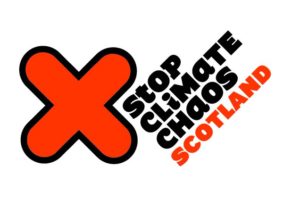 It was revealed today that Scotland has met its target of reducing greenhouse gas emissions six years early. Roseanna Cunningham, Scotland’s Climate Change Secretary, announced the news, which is based on climate statistics from 2014, earlier today. Stop Climate Chaos in Scotland has welcomed the news but comments that there is much more to do before Scotland transitions into a zero carbon economy.

“However apart from the electricity and waste sectors, it’s hard to see a bold fingerprint of Scottish Government policy driving the transition to a zero carbon economy.  This target has been met because of the loss of heavy industry, warmer winter weather, our changing share of European emissions credits and some government policies.

“Individual action is important but Scottish Government needs to lead with the big policies for major emission reductions. The challenge ahead is to tackle the sectors where there’s been little change to date, like transport where our emissions remain stalled at 1990 levels and housing where emissions have reduced only 1 per cent since the Scottish Climate Change Act was passed.  In transport the Scottish Government has so far failed to introduce any serious policies to reduce emissions. In housing, we’re calling for an ambitious plan and budget for the proposed new energy efficiency programme including a regulatory framework for leveraging private investment.”

On the new climate action plan, expected later this year, Jim Densham added: “Given the added urgency from the Paris Agreement last year, both the expected new climate action plan and the proposed new Scottish Climate Act are huge opportunities for all parties in the Scottish Parliament to show willing, work together and present a fresh plan with a clear timetable for all sectors to play their part. This should be the blueprint for securing the many, many benefits Scotland could enjoy if it commits to a zero-carbon future.  We call on all parties to work together to ensure Scotland remains a world leader on climate action.”