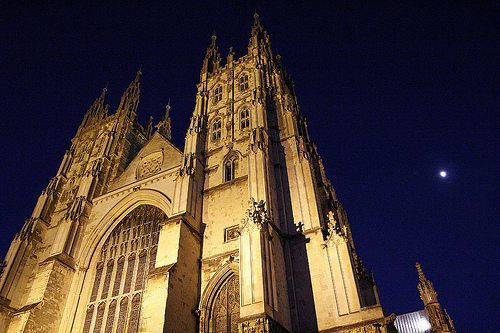 The Church of England’s exposure to areas like tobacco, gambling and high interest rate lending has been reduced after a review of its ethical investment strategy.

The church’s Ethical Investment Advisory Group (EIAG) has cut down its revenue threshold from 25% to 10% for a range of sectors that it may have ethical concerns with. This means it cannot invest in firms that derive more than 10% of their revenue from the sale of cigarettes or alcohol, for instance, when previously the limit was a quarter of all turnover.

The EIAG said the move was in response to the controversy over Wonga, the payday lender in whom the church was revealed to be indirectly investing last year.

However, EIAG secretary Edward Mason confirmed that the new rules would not prevent another Wonga-like incident, given the investment was in a pooled fund which are not as easily screened as regular holdings. The church is proposing a new policy to control, but not prevent, investments in pooled funds, which have many different investors and are more difficult to oversee.

Simon Howard, chief executive of the UK Sustainable Investment and Finance Association (UKSIF), said, “We think that everyone should be able to invest in accordance with their principles and UKSIF members work to promote a finance system which lets that happen.

“The EIAG statement shows that process at work: a well-defined governance system is operating and policy is evolving as the tightening in respect of exposure to revenue sourced from several controversial sectors shows.

“We have no view on the right way of managing exposure in those sectors, that is a matter for each body, but we do think those issues (and others such as human rights and climate change) should be considered by all institutions since they represent linked financial and reputational risks.”

The EIAG review also talks about the success of the church’s engagement activities – and how it has used its influence as a shareholder to create positive change. It reveals that three supermarkets in which it invests – Tesco, Sainsbury’s and Morrisons – all published policies that acknowledged the harm alcohol can cause, following engagement with the EIAG.

In February, the General Synod of the Church of England voted overwhelmingly in favour of a motion to review its investment policy towards fossil fuel companies, with one bishop calling climate change “the great demon of our day”.

In the report’s foreword, though, EIAG chair James Featherby said it would only consider divesting if a company was not responding positively to its engagement efforts.

“It is not the healthy who need a doctor but the sick“, he wrote.

“When engaging with companies the investing bodies seek positive momentum not perfection. We usually only recommend divestment where we see no genuine desire for change.”