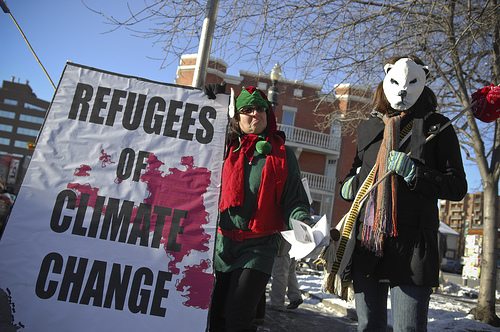 The fifth assessment report by the Intergovernmental Panel on Climate Change (IPCC) is set to reveal that scientists are more confident than ever that humans are causing global warming.

Hundreds of scientists, 195 governments and over 100 non-governmental organisations will gather next month to discuss the study, known as AR5, which will be published in 2014.

However, a leaked draft document seen by the news agency Reuters has allegedly revealed some of the key points included in the publication.

According to this version, climate scientists say they are at least 95% certain that human activities are driving the changes in the Earth’s climate, which have seen temperatures rise almost constantly since the Industrial Revolution.

However, IPCC spokesperson Jonathan Lynn said that drawing conclusion from the leaked version would be premature and could be misleading.

He told the BBC, “We are not trying to keep it secret. After the report is finished, we are going to publish all the comments and responses so that people can track the process. We just think it’s misleading to get hold of these drafts and put them out and draw conclusions from them”.

AR5 will look at other consequences of climate change such as sea-level rise, ocean acidification, mitigation, adaptation and sustainable development.

In May, a study by Skeptical Science found that 97% of scientists believed that climate change was primarily caused by human activity.