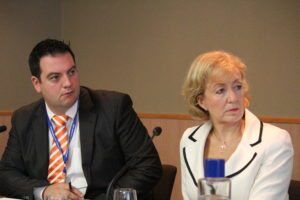 The new Secretary of State for the Environment, Farming and Rural Affairs (DEFRA) Andrea Leadsom admitted to asking her officials “Is climate change real?” when she was appointed Energy Minister. She held the role from May 2015 to July 2016. She also opposes climate change measures, backs fox hunting and agrees with selling off forests.

Leadsom also dismissed the idea that women and men have different attitudes to fracking despite a 2015 poll by Nottingham University suggesting support for fracking among women stood at 31.5%, compared with 58% for men.

The short lived, former Conservative leadership candidate has an interesting relationship with the truth. She made a lot of her City experience but faced claims during her campaign that she embellished her career and subsequently issued a revised CV. As the FT reported at the time the: “CV published by her staff on Wednesday changed some details from earlier versions — downgrading the seniority of one role — and contained an inaccuracy that her spokesman could not explain.”

The Evening Standard reported today that: “Theresa May is already under pressure to sack Andrea Leadsom after she suggested men should not become nannies because they might be paedophiles.”

We will watch her with interest. If she lasts the evening.