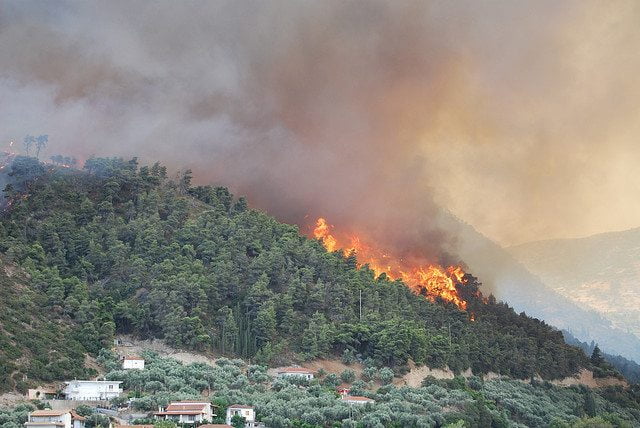 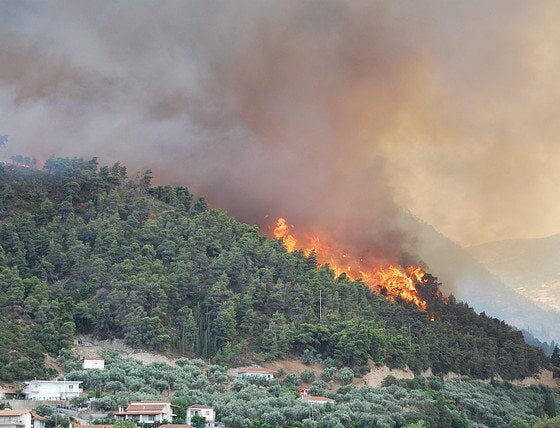 The area burned by forest fires in Europe could increase by 200% by 2090 because of the impacts of climate change, a new study from the International Institute for Applied System Analysis (IIASA) has found.

Climate change is expected to bring increased temperatures and longer droughts – conditions that will make forests more susceptible to fires – across Europe. As a result the amount of forest fires across the region is expected to soar, the study published in the journal Regional Environmental Change states.

The paper notes two potential mitigation efforts – improving fire fighting and prescribed burns. The researchers note that there is still a big debate on prescribed burning as a forest fire management tool. However, the study finds it could be a “promising option” as fire is a natural part of the ecology of many forests and prescribed burns could stop fires from getting out of control.

The IIASA worked with the Joint Research Centre and national forest representatives in countries across the EU. The study aims to understand the potential options for forest fire management and the impacts of each action.

Nikolay Khabarov, IIASA ecosystems services and management program researchers, who led the study, commented, “European forests are vital reservoirs for wildlife, for biodiversity, and for our own enjoyment and well being. We need to find ways to protect them.”

The paper also points out that over 95% of all forest fires are caused by humans, including negligence when smoking cigarettes, using campfires and other open fires not being put out properly, and even arson. As a result, the number of fires could be cut through better education and prevention methods.

Co-author of the study, Andrey Krasovskii added, “In more populous areas, the change of occurrence of forest fires rises dramatically. We could prevent many of these fires simply by being more responsible.”