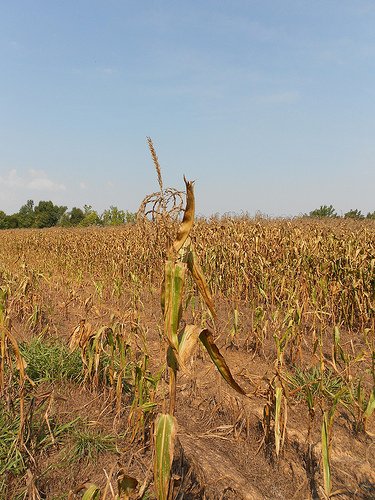 The effects of climate change on the global economy and human population are already worryingly apparent, according to a new report which claims over $1.2 trillion is being lost each year.

This equates to striking off 1.6% of the world’s GDP annually, and has been calculated in a report called Climate Vulnerability Monitor: A Guide to the Cold Calculus of A Hot Planet.

The report, by European non-governmental group DARA, in collaboration with the Climate Vulnerable Forum, also highlights that some 400,000 people lose their lives every year because of the effects of climate change.

The findings go some way to dispelling the myth that global warming is not a current problem, along with the recent startling revelations related to the extent of the Arctic sea ice melt.

Some of main causes of deaths – most of which occur in developing nations – are malnutrition and food poverty, caused by damage to agriculture from climate change-induced extreme weather – just one signal of a warming planet.

Meanwhile, the report says that air pollution from fossil fuel extraction and production directly accounts for more than 4.5m deaths every year – over 8% of the global annual mortality rate.

The study is further evidence to adopt cleaner energy policies and more sustainable investment strategies – both of which can help mitigate the impacts of climate change.

Fossil fuels are not only expensive and dirty, but they’re also meaning our quality of life is sacrificed – specifically, through pollution of the air we breathe.

This is on top of contributing to millions of deaths each year, as we showed with our fossil fuel disaster timeline back in March.

The impact of climate change on the global economy could be devastating, but its impact on human life could be even worse.