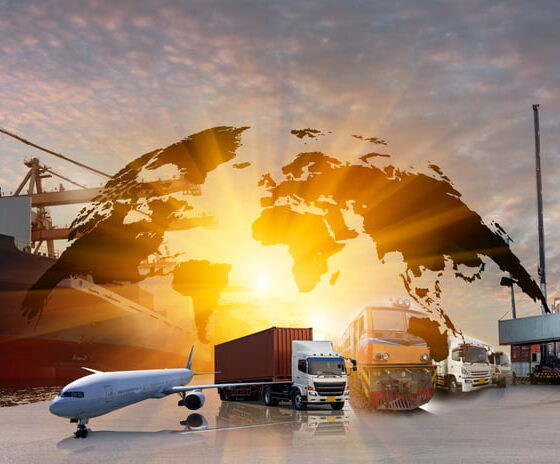 Are you concerned about sustainability? There are a lot of important issues that need to be taken into consideration.

We usually talk about sustainability from the perspective of local environmental concerns. However, we need to appreciate the the environment is a global issue. This means we have to think about the impact we are having on the environment when we consider buying things made abroad. There are a lot of compelling research papers on global sustainability concerns.

One of the biggest concerns has to do with trade. This was an issue we talked about when we discussed the path towards sustainability in retail. Retailers need to think about environmental concerns when purchasing goods from abroad.

The debate about the relationship between the environment and global trade has increased with the shift towards globalism. Like other forms of commerce, importing and exporting goods can also affect the environment.

But what do you think? Will these effects lead to an increase and decrease in global trade or not have any impact at all? So, why not dive into this informative piece and learn more about the primary concern of every professional in the global trade sphere.

Everyone wants to know if trade is good or bad for the environment. So, without wasting a single minute, let’s dive in!!

Would trade affect the exporting and importing nation, or the worst, the world as a whole? Moreover, who is responsible for responding to the problems colligated by trade? These are some essential inqueries that have been receiving growing attention in recent years.

If you are interested, you can also learn more about the U.S. code title 15. This discusses some of the important considerations related to the relationship between the environment and global trade.

Now, let’s learn more about whether trade is good or bad for the environment in the following segments.

So, let’s start the exciting and knowledgeable journey!

Without wasting further time, it is important to note that the World Trade Organization defines the relationship between trade and the environment.

The fundamental goals of the WTO are the preservation and protection of the environment, along with sustainable development.

These objectives are enclosed in the Marrakesh Agreement that has established WTO. Also, it balances the goals of the WTO, which calls for reducing the barriers of trade and eradicates the discriminatory treatment in international trade relations.

Moreover, under the WTO rules, the members can adopt trade-related measures that further aim at providing the number of conditions for avoiding the misuse of the standards from the end of protectionist.

Also, the member can adopt the measures related to trade under the WTO rules that helps in protecting the environment in case there is no particular agreement that deals with the environment.

As per the IISD, The 2020 WTO Trade and Environment Week was coordinated between the governments, as well as NGO officials in the scientific community that are working on understanding the relationship between the environment and trade. It also received input from the international organizations that were assigned to discuss various issues affecting the planet through trading.

Moreover, the week has also tabulated a variety of issues that range from the subsidy reform of fossil fuel and the impact of COVID-19.

The sessions included a newly laid out plan with the high-level event initiated by the WTO and the UN Environment Program, i.e., UNEP. In addition to this, it has also offered the WTO member led discussions and a new serious of sessions organized by the civil society.

What are the factors affecting the international environment? For example, what is the impact of international trade on the environment? Most of the time, we try to get input on such inquiries or concerns. But what answer do we get?

But what other issues can be discussed about the impact of trade on the international environment? No doubt, global trade leads to increased economic growth, but at the same time, it sheds the impact on the environment by degrading natural resources and also raises pollution.

Moreover, many agreements, regulations, and laws passed for sustainability and an eco-friendly environment. Some renowned agreements are:

But this wouldn’t be fair looking at the one side of the coin. So to get the appropriate answer on Is Trade Good or Bad for the environment, let’s check out how trade could benefit the environment.

Trading allows the different countries to accomplish what they want along with environmental protection; the authors call this proposition the gains-from-trade hypothesis.

As per the GATT Article XX, the countries are further allowed to protect the “human, animal or plant life or health” and limit the trade to “conserve exhaustible natural resources.”

The interpretation of the special exception for the free trade rules led to the disputes among the countries ferociously.

Is International Trade Good Or Bad?

There are two different types of relationships in the trade environment. First, it offers advantages and disadvantageous results to the people.

According to the trade economists, the openness to trade further encourages continuous innovation in management practice and technology.

Moreover, trade helps in generating a vast amount of income. But how? It is a well-known truth that globalization is known as the weapon for growth.

The effect of the trade running through the growth shows that the pollution hits at first and then lessens down automatically afterwards. So it might be larger than the trade’s effects that run independently of the growth.

The trade expansion has direct or indirect effects on the environment. As per the comparative advantage theory, the trade helps the countries to become more prompt while using the resources, also avoiding waste and conserving the resources.

The removal of the pricing policies, resource allocation, distortionary subsidies, and efficiency improvement are involved in the trade liberalization.

So, your concern was: Is Trade Good or Bad for the Environment! Did you get the answer? Well, let’s recapitulate the same in brief, then it could be said easily that the trade and environment works for hand by hand.

Moreover, it shows some of the negative and positive impacts on the people. Hence, trading could not be the only wrong reason for the people to expect, but also it is the reason for the economy to grow.

Likewise, you can get the conclusion about the trade and environment.