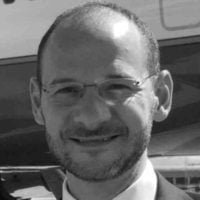 Paul Bodnar previously served in the Obama White House as Special Assistant to the President and Senior Director for Energy and Climate Change at the National Security Council. Paul was a key architect of the Obama Administration’s international climate policies, including the historic U.S.-China presidential joint climate announcement of November 2014, the OECD agreement to strictly limit public financing for coal-fired power plants, and the doubling of clean energy research and development budgets by 20 major countries through the Mission Innovation initiative.

Anthony Hobley, CEO of The Carbon Tracker Initiative, said: “The Paris Agreement signalled the beginning of an irreversible transition to a low-carbon economy. Nevertheless, speed is required to ensure a timely implementation and the swift deployment of capital into climate-secure investments. Therefore, we are privileged to be joined by someone of Paul’s calibre, held in high esteem by diplomats and investors around the world. We are looking forward to working with Paul to consolidate our position in the US and internationally.”

Paul previously served at the State Department as lead negotiator for climate finance and Counselor to the Special Envoy for Climate Change.  At the State Department, Paul led the design and implementation of several pioneering finance initiatives including the Global Innovation Lab for Climate Finance, the US-Africa Clean Energy Finance Initiative, and the world’s first market-based approach to allocating concessional funding for climate mitigation (the World Bank’s Pilot Auction Facility).

Earlier in his career, Paul worked as Director for Carbon Finance at the $1.2 billion carbon fund managed by London-based Climate Change Capital. He was also co-founder and partner at Vertis Environmental Finance, now one of Europe’s leading environmental commodity brokerage firms. Paul holds a BA from Stanford University and an MA from Harvard University, both in Political Science.

The Carbon Tracker Initiative is a team of financial experts analysing the impact of climate change on capital markets. It is most well-known for its research on stranded asset risk, outlining the impacts of technology and policy on the financial viability of the fossil fuel industry.