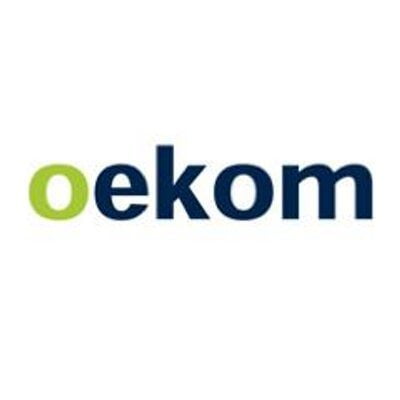 In its 2016 Corporate Responsibility Review, independent  sustainability rating agency, oekom research, continues to see only slow progress in the areas of corporate environmental and social responsibility. An opportunity to improve sustainability performance could lie in the UN-endorsed Sustainable Development Goals (SDGs) if these are grasped as guiding principles  for more sustainability management.

Only the fewest companies fulfil the minimum requirements
Once again, only just over 16 per cent of the companies worldwide fulfil oekom research’s minimum requirements for sustainability management and performance and were thus awarded oekom Prime Status in 2015. While this proportion was just as low as the previous year’s, a gradual, overall trend towards a general improvement in sustainability performance is emerging: at almost 36 per cent, just over one third of the companies have begun adopting an initial commitment to sustainability. Conversely, the proportion of companies rated as “poor” continued to fall slightly – from around 50 per cent in 2014 to just under 48 per cent today.

The sector comparison of the companies reinforced the image establishing itself over the past years: similarly to last year, household-product producers performed best with a score of 47.4 on a scale from 0 (worst) to 100 (best). In second place over the observation period was the automotive sector with a score of 44.4. Those at the bottom of the sector ranking included insurance companies, the construction and real estate industry, oil, gas and retailing, and the logistics industry, with scores of between 20 and 25 points.

In the country comparison of the best companies of each industry, France is the undisputable victor with the most industry leaders. In 2015, sixteen French companies had Top 3 positions. The United Kingdom and Germany followed in second and third places with 13 and 11 placements.

In 2015, controversial business practices and breaches of the UN Global Compact’s principles were primarily found in the raw materials sector. A high concentration of land-usage conflicts, human rights violations and damaging consequences for ecosystems and the environment were noted here. In doing so, oil and gas companies, their suppliers and service companies, and the metals & mining sector were particularly conspicuous.

SDGs point the way towards sustainable development
An analysis of companies’ activities against the background of the Sustainable Development  Goals highlights the long path still ahead in most areas:
“The results of our annual review show that there is still a long way to go before we can truly talk about sustainability being embraced by the economy,” comments oekom research CEO, Robert Haßler. “Only a small proportion of the companies has recognised the importance and relevance of a comprehensive integration of sustainability criteria into their core businesses. We hope that, as we look forward, more companies will come to comprehend the positive connection between environmental and social responsibility, and commercial success. Institutional investors are already a step further here, and are increasingly putting such demands on companies. If companies wish to meet their environmental and social responsibilities, the United Nations’ Sustainable Development Goals serve as a good orientation aid,” he continues.
2016 oekom Corporate Responsibility Review
Since 2009, the oekom Corporate Responsibility Review has been reporting annually on global corporate responsibility, documenting central trends in the integration of sustainability criteria into corporate governance. The evaluations refer to around 1,600 large, internationally active companies based in industrialised countries, and are a subset of the 3,700-plus companies contained in the entire oekom research Universe.

The study can be downloaded at http://oekom-research.com