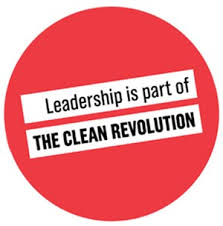 The leaders of sub-national governments spanning North and South America, Europe and Australia have today announced collective climate targets that would save 7.9 GtCO2e by 2030 – greater than the U.S.’s carbon emissions in 2012.

Announced at Climate Week NYC, the data comes from the Compact of States and Regions, a UN supported initiative that aims to drive major emissions reductions after the COP climate summit in December, where the expected deal will come into force in 2020. The ambitious target-setting by some of the world’s largest regional economies is expected to put pressure on global leaders at the talks.

Launched at the UN Climate Summit in New York in 2014, The Compact of States and Regions is a partnership between The Climate Group CDP, R20 and nrg4SD. It is supported by the UN, Climate-KIC, the Center for the New Energy Economy (CNEE), ICLEI and ENCORE.

The governments which have so far signed up to the Compact represent over 10% of GDP and 220 million people. The plans – which will be achieved through a combination of measures including renewable energy and energy efficiency programmes – will:

Premier Philippe Couillard of Québec, and North America co-chair of The Climate Group States & Regions Alliance, said: “This proves yet again that the work of state and regional governments is not only supporting a transition to a low carbon economy, but accelerating it. We are implementing innovative programmes that will allow this prosperous future to become a reality. The Compact of States and Regions creates the opportunity for us to accurately and publicly record data against our climate targets. We continue to lead the way, and do so because we know it will not only create a healthier environment for our citizens, but because it is a significant economic opportunity for a more prosperous,sustainable economy. Indeed this is the only pathway to long- term and sustainable economic growth.”

The data released today includes commitments from the first 20 subnational governments to sign up to the Compact. However, a total of over 40 States and Regions have now submitted data in support of their targets,nwhich are being verified and compiled in time for the COP climate conference in December. The governments span 18 different countries and 6 continents.

In a video message, and in her first public statement on climate change since being elected party leader, Nicola Sturgeon, First Minister of Scotland, said: “Rapid action to a low carbon economy will benefit everyone. It tackles climate change,supports the development of new technologies and creates new jobs. We want to work closely with partner governments, businesses and non-governmental organisations from around the world to upscale this transition. Platforms like theCompact of States and Regions allow us to lead by example and shows the need and way towards a strong agreement in Paris.”

Janos Pasztor, Assistant Secretary-General on Climate Change, said: “This very welcome announcement shows that state and regional governments are showing bold and effective leadership on climate change. The Compact of States and Regions, which was launched at the UN Climate Summit last year, has been instrumental in promoting effective climate action. Ambitious leadership by governments at all levels is needed to meet the climate challenge and build a safer, healthier and more prosperous future for all. ”

The Compact of States and Regions also works closely with the Under 2 MOU, a complementary and coordinated initiative. Governor Edmund G. Brown Jr. of California, one of the founding signatories of the Under 2 MOU, said: “States, provinces and regions across the globe aren’t waiting to act on climate change. With this Compact – and the Under 2 MOU – we’re facing the future and seriously confronting the existential threat of climate change.” The Under 2 MOU brings together sub-national jurisdictions to commit to ambitious long-term reduction goals to limit the increase in global average temperatures to below 2 degrees Celsius. A number of Under 2 MOU signatories report to the Compact so that progress toward their emission-reduction targets can be accurately and publicly measured, and others are encouraged to do so as well.

The Compact commitments will also be part of the Non-state Actor Zone for Climate Action (NAZCA) platform, the onlinetool developed by the United Nations with the governments of France and Peru ahead of COP21. Through NAZCA, businesses, cities, regions and investors have already showcased 3,704 climate initiatives.