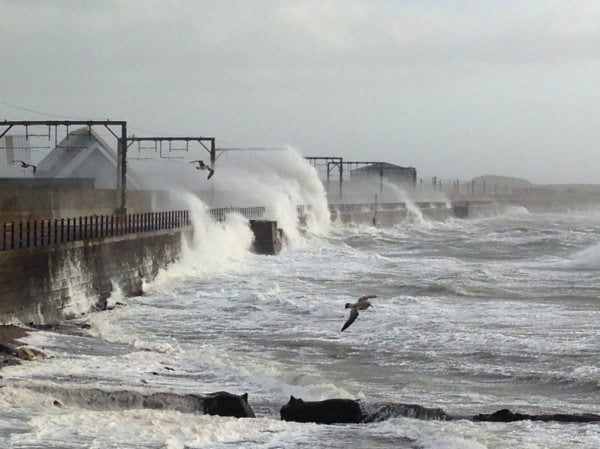 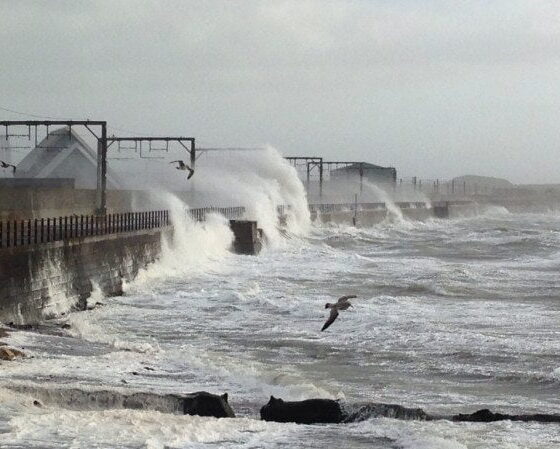 Strong winds and heavy rain continue to batter the UK, causing severe disruption to Christmas travel plans across the country. Three people have died in the stormy conditions.

The Met Office has issued amber warnings for wind – meaning people in affected areas should “be prepared” – across Northern Ireland and north-west Scotland, where gusts may reach 90mph.

A 48-year-old man in Cumbria and a woman in Gwynedd, Wales, both died during yesterday’s storm. A woman was also killed in a three-car crash in “difficult conditions” in Shropshire.

Many flights and rail services have been disrupted, with travellers being urged to check for delays or cancellations before they start their journey. Network Rail has said the damage caused in southern England is greater than that done during the St Jude’s Day storm in October.

More than 150 flood warnings are currently in place across the UK, and around 150,000 homes have been left without power, with southern England the worst affected.

Flooding has also affected the roads, as the Environment Agency and the AA has advised drivers not to enter any flood water that is moving or more than 10cm deep.

“If there is widespread flooding in your area then don’t travel and if a road is closed then turn around and make a detour. Your journey could take you a little longer but making the right decision could ultimately save your life.”

Specialist insurers Ecclesiastical, whose investment management business is a leader in the ethical investment space, has issued storm and flood advice. It recommends that people in affected areas stay indoors as much as possible and don’t drive unless it is absolutely necessary.

Meanwhile, campaigners have warned that the risks caused by future storms will only increase, as the government imposes Environment Agency staff cuts.

“With wild weather and floods causing travel chaos, it’s appalling that the government is cutting staff from the Environment Agency who are working to defend the country from flooding”, said Friends of the Earth climate campaigner Guy Shrubsole.

“David Cameron should give the hundreds of thousands of people at risk of flooding an early Christmas present by reversing these foolish decisions – and make tackling climate change a top priority.”