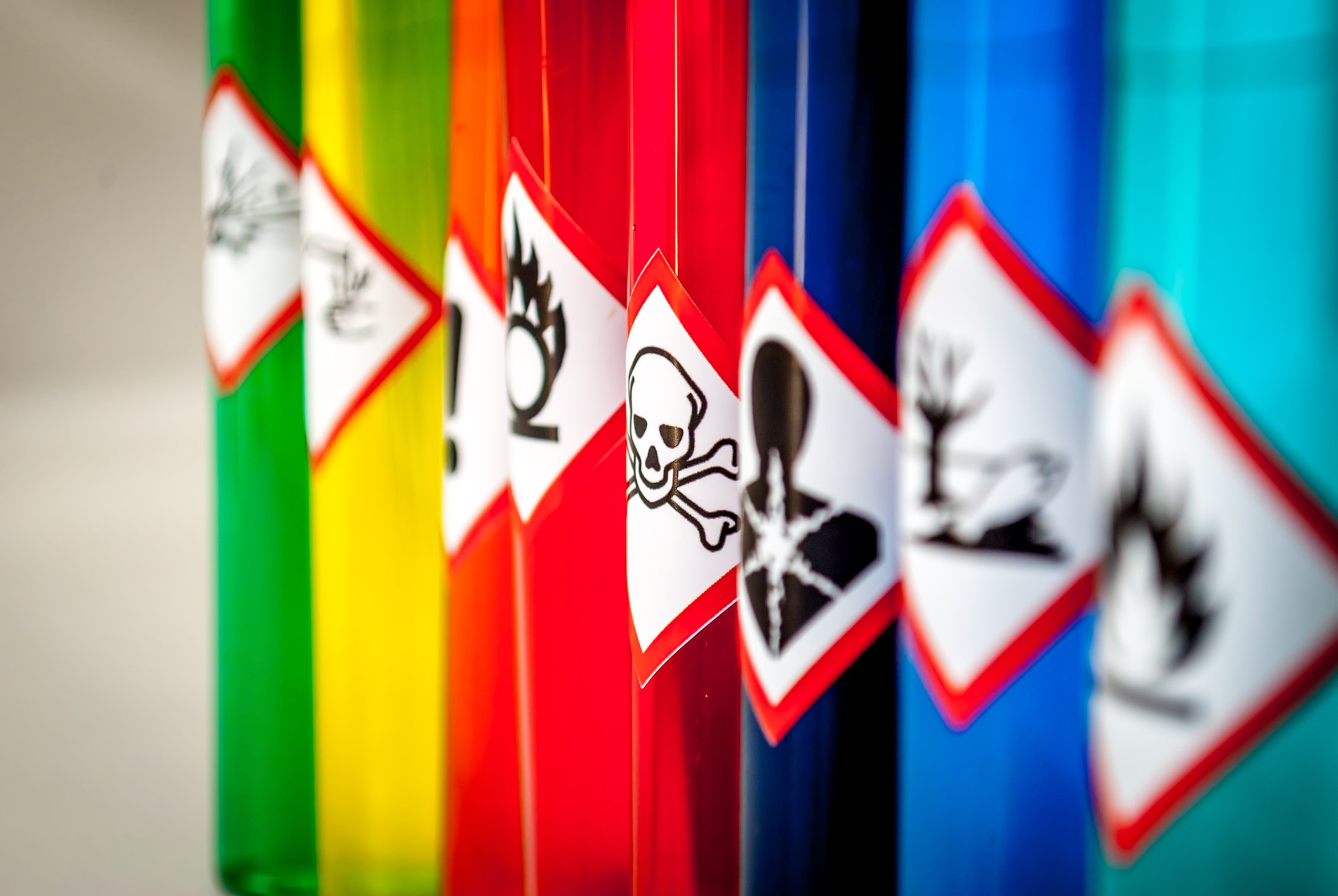 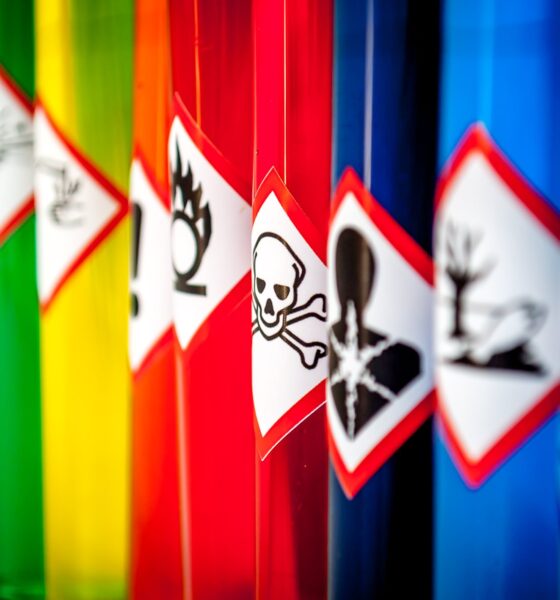 Toxic chemicals have a huge impact on our lives. They are causing serious damage to the environment and our health.

Human Rights Watch recently summarized the findings of a study detailing the environmental and social consequences of chemical pollution. The study was published in Environmental Science & Technology, which showed that the government must take greater steps to protect the environment and humans from the dangers of these chemicals.

These findings were published at the same time as new reports showing the toll that toxic chemicals are taking on veterans in the United States. The government must also invest in the VA to help take care of these people as they suffer from the health problems caused by these chemicals. In other words, cleaning up the environment and investing in health for our veterans must be essential priorities.

In 1942, Camp Lejeune was established in Jacksonville, North Carolina, with the mission of training future Marines in preparation for World War II. Today, it is among the 679 military bases in the United States that are heavily contaminated with PFAS. These dangerous substances, also known as “forever chemicals,” were found lurking on at least 14 sites of Camp Lejeune. While the safe limit for PFAS in the environment is 70 parts per trillion, the level of these hazardous chemicals was over 2,450 times higher in the past.

PFAS are often dubbed “forever chemicals” because some of these substances take over a thousand years to break down. AFFF, a fire suppressant, caused environmental pollution at Camp Lejeune, as military firefighters and trainees regularly use it to extinguish jet fuel and petroleum fires. This firefighting foam contains between 50% and 98% PFAS, making it highly detrimental to human health and the environment.

Between 1953 and 1987, when contamination was a serious cause for concern, approximately one million people lived at Camp Lejeune, who were inevitably exposed to harmful chemicals. Consequently, many former Marines who spent time at this military base during the last century now struggle with terrible illnesses and conditions, such as prostate cancer, leukemia, aplastic anemia, ovarian cancer, renal toxicity, cognitive disability, and liver cancer. However, the widespread existence of PFAS also has a significant negative impact on the environment.

How Does the Presence of “Forever Chemicals” Affect the Environment?

Although PFAS do not occur naturally, they are widespread in the environment because of the careless and excessive use of AFFF by military and civilian firefighters. These chemicals are found in people, wildlife, and fish worldwide. Every time someone uses AFFF, “forever chemicals” are released as vapors or fine particles that subsequently pollute the air. They can further travel in the atmosphere through adhesion to particulate matter. Some chemicals from this group, such as fluorotelomer alcohols, are often found in indoor air, whereas PFOA and PFOS have been detected in household dust.

Researchers at the University of Rhode Island and Green Science Policy Institute tested the indoor air of 20 sites and detected PFAS in 17 of these places. While experts have previously deemed food and water as the primary sources of PFAS exposure, the findings of this study indicate that breathing in the chemicals probably represents another significant exposure route. This is because many people spend 90% of their time indoors. Alarmingly, researchers also found particularly high levels of PFAS in multiple kindergarten classrooms.

“Forever chemicals” also contaminate the soil. The problems can be very significant.

A recent study from the journal Science of the Total Environment found low but measurable concentrations of PFOS, one of the most researched compounds from this category, even in remote locations far from the potential contamination source. PFAS were present in the soil at almost every site tested by researchers in this study.

These hazardous chemicals in soil may pose a direct contact risk to people or result in PFAS ending up in groundwater and surface water. We have to pay attention to the signs of water contamination as these forever chemicals harm wildlife.

Even though the Environmental Protection Agency and the Navy strive to remove PFAS from heavily contaminated sites like military bases, if firefighters are not provided with a non-toxic alternative to AFFF, the release of these chemicals into the environment will continue. This will eventually wreak havoc on all ecosystems across the globe. In the spring of this year, the European Chemicals Agency proposed a complete ban on PFAS in firefighting foam in the European Union. On the other hand, in the United States, nine states proposed a ban on PFAS only in food packaging.

The Camp Lejeune Justice Act, a Sliver of Hope for Veterans Affected by Military Toxic Exposure

On June 16, the Senate voted to pass the bill known as the Camp Lejeune Justice Act, which is currently awaiting the approval of President Joe Biden, who has previously expressed his support in this respect. Under the Camp Lejeune Justice Act, veterans now struggling with a health problem caused by toxic exposure at the military base can seek reparations outside the VA, specifically from the government. The bill enables anyone who lived at Camp Lejeune between August 1, 1953, and December 31, 1987, for at least 30 days and has one of the diagnoses associated with toxic exposure to file a claim.

“We failed our veterans, and it is up to us to make it right. Our bipartisan bill eliminates burdensome red tape to ensure that those exposed to toxic chemicals, including servicemembers, Marine dependents, civil servants, and contractors, can receive their day in court,” says Representative Greg Murphy. Eligible individuals who file a claim will receive between $25,000 and over $1 million, depending on the severity of their affliction. Furthermore, the Camp Lejeune Justice Act prohibits the government from asserting immunity from any litigation in response to lawsuits filed by toxic exposure victims.

The Camp Lejeune Justice Act will allow those impacted by living at the military base to exercise their constitutional right to legal recourse against the government. It is important to note that the bill offers the U.S. District Court for the Eastern District of North Carolina exclusive jurisdiction over any lawsuit filed by Camp Lejeune toxic exposure victims. Greg Murphy alone represents over 89,000 veterans injured by toxic exposure, but their number is even greater. Finally, another noteworthy aspect is that veterans can receive both VA benefits, such as disability compensation, and free healthcare and financial compensation from the government.

Because filing a claim entails a lot of bureaucracy, which can be overwhelming and challenging to handle for toxic exposure victims, it is recommended to get in touch with a professional if you intend to take legal recourse and obtain VA benefits. A lawyer with vast experience in toxic exposure cases, a Veterans Service Officer, or a claims agent can provide you with the assistance you need during the process. They can efficiently take care of the most complex matters filing a claim involves so that you can focus on your health, treatment, and well-being.

Knowing that up to 30% of disability claims are rejected by the VA every year is essential. Even if your disability claim is approved, you are at risk of receiving a considerably smaller amount of money as compensation than you qualify for if you decide to file on your own. The most common mistakes veterans make when seeking disability compensation are failing to prove their service-related diagnosis, not sending all the necessary documents along with their claim and failing to demonstrate they experienced toxic exposure in the military.

Failing to provide the VA with strong, irrefutable evidence of the connection between your diagnosis and toxic military exposure will inevitably lead to you being assigned a lower disability rating. Veterans with a 100% disability rating can receive up to $3,000 per month, so choosing to file your injury and VA claim with the aid of a professional is the wisest decision you can make. Receiving financial compensation from the government and the VA will be of tremendous help if you struggle financially because of the enormous cost of your treatment.

Jonathan Sharp is the CFO at  Environmental Litigation Group, P.C. The law firm assists veterans injured by toxic military exposure to recover the compensation they are entitled to.