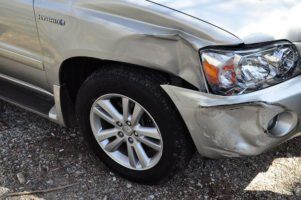 How Traffic Accidents Harm the Environment

Transportation has a huge impact on the environment. In the United States, there are 253 million active cars and trucks on the roads. Out of those vehicles, the average age of the car is 11.4 years old. Because energy efficient features have only been widely use in the standard vehicle over the last few years, this presents a serious problem for carbon emissions. Older vehicles use more gasoline, which turns into carbon dioxide, which goes into the atmosphere. As vehicles emit carbon into the environment and clog cities, the atmosphere becomes full of smog, resulting in a variety of health, economic, and environmental issues

Though carbon emissions are the largest environmental issue facing the transportation department, it isn’t the only one. Traffic accidents can also have a negative affect on the world around them.

First and foremost, car accidents greatly affect the lives of those involved. According to the Association for Safe International Road Travel, an average of 1.3 million people die in road crashes every year. That’s an average of 3,287 deaths per day, making it the ninth leading cause of death in the world. An additional 20 to 50 million are injured or disabled from the wreck. These saddening facts have a debilitating effect on the world’s population and ability to thrive.

Medical bills are incredibly expensive, even for those with insurance. When people can’t pay their bills, the economy takes a hit, since the money must come from somewhere. Usually, a government institution kicks in to pay the bill, throwing the nation into deeper debt. Bills associated with accidents cost the U.S. government a total of $35 billion per year.

There’s also the cost of hiring lawyers to mitigate wrongful settlements. Authorities do the best they can to determine who’s at fault for an accident, but it’s not a perfect system. When someone feels like they’ve been wrongfully accused of causing an accident, they must hire expensive lawyers to fix the damage. Therefore it is important to get yourself covered, so learn more about getting car insurance at Youi’s website.

The Transportation Department report also states that $594 billion every year goes towards “harm from the loss of life and the pain and decreased quality of life due to injuries.” An additional $277 billion goes to the actual cost of the accidents, and billions more go to things like lost productivity at work, property damage, and traffic-related congestion.

Car accidents affect the environment too. They often result in gas and fluid leaks, emitting harmful chemicals into the environment that can poison grass and neighboring plants and harm wildlife. Major oil spills from wrecked vehicles are one of the biggest problems with transportation accidents, particularly those that happen near water.

There’s also the issue of landfills. When a car is totaled, most insurance companies determine it’s more economical to replace the vehicle than repair it. Though many car parts can be recycled, most of the vehicle ends up in a landfill where it will take thousands of years for all the pieces to decompose. Many car parts are also left on the side of the road where they can harm animals or plants. The effects on soil, water, and air pollution influence the entire ecosystem.

Automobile accidents are unpleasant no matter you look at them, but it’s important to consider them from an environmental perspective. Recognizing the issue with pollution and vehicle accidents is the first step in developing a system that can reduce these negative factors.