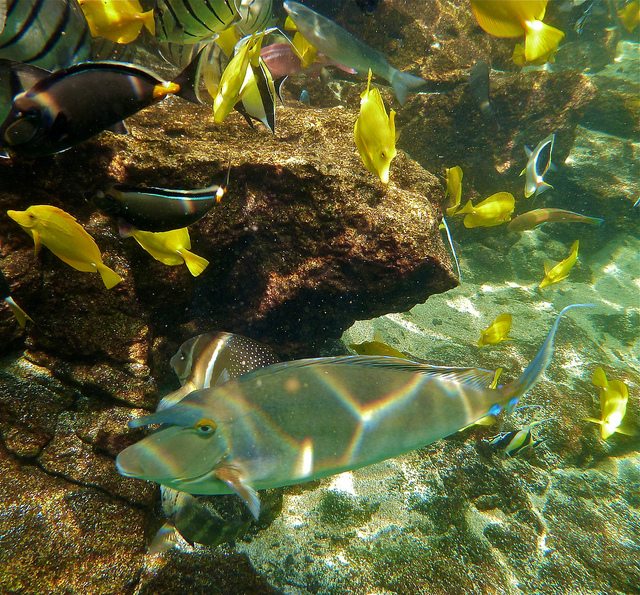 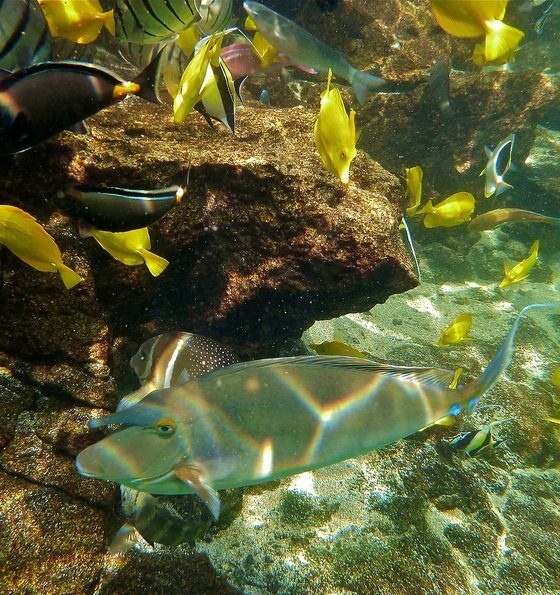 The migration of tropical fish, caused by ocean warming attributed to climate change, is having a harmful impact on marine ecosystems, a study has found.

Due to ocean warming, tropical fish are moving towards the poles, leading to a decline in kelps and seagrass, as fish overgraze.

The study, published in the journal Proceedings of the Royal Society B, has called this process ‘tropicalisation’, as a dramatic decline in kelps is affecting reefs and having a dramatic impact on ecosystems.

Vast amounts of the ocean have seen significant warming over the past century, causing certain ‘hotspots’ to arise, while currents that transport warm waters towards the poles are strengthening.

The lead author, Dr Adriana Verges, of the Australian University of New South Wales, talks about the importance of algae forests and explained that if they disappear, so do other species of fish and wider biodiversity.

The study found this was most evident in southern Japanese waters and the eastern Mediterranean, but also found similar emerging trends in Australia and the US.

“The tropicalisation of temperate marine areas is a new phenomenon of global significance that has arisen because of climate change,” said Dr Verges.

“Increases in the number of plant-eating tropical fish can profoundly alter ecosystems and lead to barren reefs, affecting the biodiversity of these regions, with significant economic and management impacts”, she added.

Usually, a variety of fish species helps maintain healthy reefs, as they keep them free from seaweed. However, dramatic increases in numbers, means some reefs can become ‘barren’. Unicorn fish, parrotfish and rabbitfish have been blamed for overgrazing.

One example is the ‘isoyake’ phenonmenon in Japan, where more than 40% of the kelp and algal beds have disappeared in the sea since the 1990s.

It is a delicate balance, as a lack of fish can also cause problems. Elsewhere, environmental groups found Caribbean coral reefs are at risk due to overfishing and coastal pollution linked to climate change. The study found the coral reefs could be helped if measures are put in place to restore the fish population.