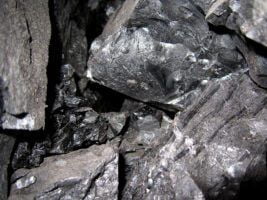 “IEEFA notes that ownership of the US$2bn Adani Abbot Point Coal Terminal remains opaque more than three years after the original purchaser – Adani Ports & SEZ Ltd of India announced it had sold the port to a private Adani family company.[i]

“Aside from the obvious serious questions about continuous shareholders disclosure and ownership of a nationally significant facility there is the fact of the port having more than A$2.2bn of off-balance sheet debt secured against it,” said Buckley.

“IEEFA has also reviewed the latest financial profile lodged with ASIC for Adani Mining Pty Ltd (Australia), the proponent of the Carmichael proposal. IEEFA would suggest that with net debt of A$1.42bn as at 31 March 2016 against shareholders’ funds of negative $227m, the mine proponent is far from robust.

“Adani Mining Pty Ltd has reported combined losses of a net A$182m over the last two years. How the Australian government can ascertain how such an entity can fund a $10bn greenfield development is far from clear, particularly given the financial leverage of the listed parent entity of Adani Enterprises,” he said.

On the positive side for the Adani project, the global traded thermal coal price has lifted 20% year to date in 2016 to over US$60/t, reflective of significantly curtailed Indonesian supply and rising Chinese imports near term in the face of accelerating and unexpectedly swift domestic coal curtailments across China.

“It is confounding that the Australian government is pushing this ‘exciting project’ two years after Indian Energy Minister Piyush Goyal announced the target for India to cease thermal coal imports. Tellingly, Indian coal imports peaked in FY2015, with Platts reporting this week that imports fell 8% yoy to 200Mt in FY2016. Goyal forecasts an accelerating decline in FY2017 of down 20% yoy to 160Mt.

“Given India was the main destination for Carmichael, this data raises questions over any remaining strategic logic of why Australian taxpayers should open up the Galilee to expand global supply for a low quality export product where the global market in terminal, structural decline and stranded assets are prevalent,” said Buckley.

Six months after the global climate accord agreed at the COP21 in Paris, it would be financially reckless for the newly re-elected Australian government to contemplate any taxpayer subsidy for any aspect of, or related infrastructure associated with, the world’s largest greenfield thermal export coal mine proposal.

Despite the Australian government signing the COP21 agreement, the new Resources Minister, Matthew Canavan has questioned the impact of carbon emissions on global warming while peculiarly describing the Carmichael project as“incredibly exciting”.

IEEFA questions how the North Australia Infrastructure Fund (NAIF) could undertake full due diligence on the private family structures that appear to be involved in this project, particularly with offshore entities spanning Singaporean, Cayman Islands and Mauritius tax havens and while reports of Indian government investigations claiming alleged coal import fraud against the Indian people are open. There are conflicting reports regarding if there is any Adani associate making any application to the NAIF.

Yesterday, the Queensland State Government again reiterated its pre-election pledge to not offer any taxpayer subsidy to the company saying “as promised, the government will not contribute taxpayer money to Adani’s project,” again raising serious concerns about how the proposal could proceed.

The financial risk of stranded coal related infrastructure assets was illustrated bluntly this week with China’s Qinhuangdao Port Co (the world’s largest coal port, one that moved 230Mt of coal in 2015 alone) releasing a stock exchange announcement of a“80-90% yoy profit warning” for 1HCY2016 due to the “weakened supply and demand in the coal market.”

“All of this further raises real questions of why Australian taxpayers would support funding the construction of even more stranded coal infrastructure at a time when Australian coal ports are running at an average utilisation rate of less than 70% of existing capacity,” concluded Buckley.