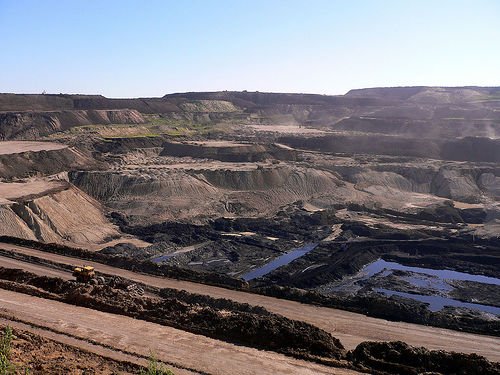 The UN Environmental Programme (UNEP) last week chose Mongolia as host of World Environment Day 2013 – a country, it says, that has made a significant shift to a greener economy over the past three years.

Mongolia has one of the harshest climates in the world, with its capital city Ulan Bator boasting an annual average temperature of below zero. But an extremely varied landscape has blessed the country with a valuable stock of solar and wind power, sourced from the second largest desert in the world: the Gobi desert.

In recent years, efforts have been made to prioritise renewable energy at the expense of its thriving mining sector, while it has also sought to tackle the effects of climate change on water resources, desertification and floods.

For nearly three years, Mongolia hasn’t issued any new mining licenses, in order to protect the health and wellbeing of its people and the environment, according to the UN Environment Programme (UNEP).

In 2005 , the government and the World Bank began to administer the Netherlands-Mongolia Trust Fund for Environmental Reform (NEMO), with funding provided by the Dutch government with the aim of strengthening environmental resource management in Mongolia. Recycling, fighting illegal hunting and improving living standards are some of the results partly achieved so far, thanks to the trust fund.

Sustainable investment is also being encouraged by the country’s progressive green strategy, which has relied on increasing funds for sustainable development projects. On the other hand, though, the country’s mining industry remains strong, representing more than 80% of Mongolia’s exports.

In 2009, the government agreed to Oyu Tolgoi, “one of the world’s biggest copper mines in the middle of the desert” according to The Economist, and the largest financial investment in Mongolia’s history. The project is a result of the agreement between the government and mining giant Rio Tinto, and was expected to account for more than a third of the country’s GDP.

In February this year, Bloomberg reported that Mongolia’s government had argued in favour of a bigger share of the profits and for more management control from Rio Tinto, but the company refused to discuss the terms of the agreement.

So the question remains: is the country hosting World Environment Day (WED) this year doing enough to leave behind mining and fossil fuels business to actually sustainably transform its economy?

The challenge is remarkable, especially considering the role played in the national economy by one of the biggest and most controversial mining corporations, in terms of environmental impact and human rights.

But UNEP believes that Mongolia has the potential to build its future on a more sustainable plan. Executive director Achim Steiner said, “I am sure that as the global host of WED, Mongolia will demonstrate to the world that a transition to a green economy is possible, even within some of the most traditionally challenging industrial sectors, when leadership, vision, smart policies and political will are translated into action on the ground.”