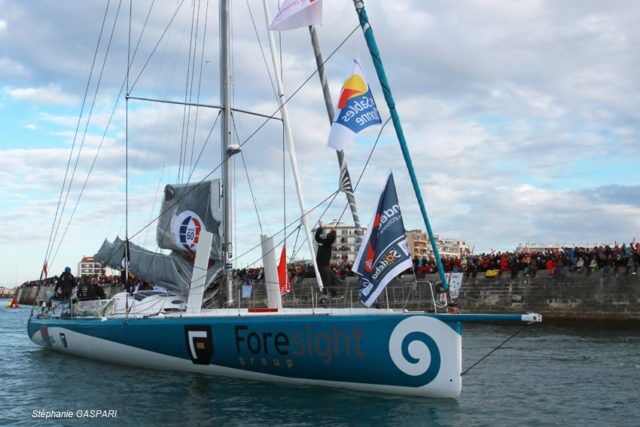 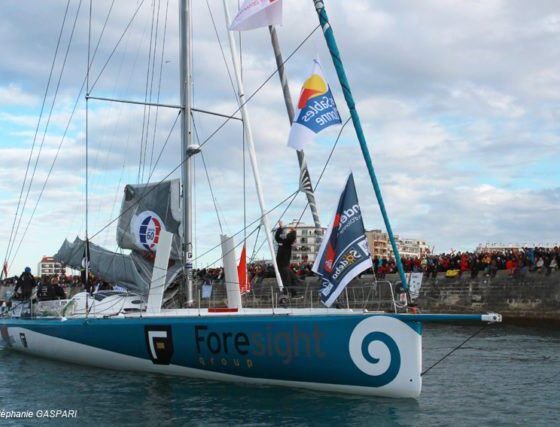 The only competitor in the Vendee Globe race to compete without using fossil fuel has been sponsored by Foresight Group LLP (“Foresight”), one of the leading independent infrastructure and private equity investment managers in the renewable energy market, is highlighting the power and potential of natural energy.

Foresight, which started investing in the solar sector in 2008 and is now the second largest solar asset manager in Europe, is backing ocean racer Conrad Colman’s boat, Foresight Natural Energy. Conrad is aiming to complete the non-stop solo circumnavigation using only solar and hydro power stored in special Lithium Ion batteries having removed the diesel engine which is the power source for other competitors, thus producing zero emissions.

Conrad’s IMOCA 60 yacht, Foresight Natural Energy, is carrying renewable energy technology on board generating solar power from thin film solar panels integrated on either side of its mainsails and also on the cockpit roof generating 350W, boosting power supplied by an electrical hydro propulsion generator driven by the boat’s movement through the water.

The power generated is stored in special Lithium Ion batteries with the capacity equivalent to half a Tesla.

“We all know that the world will have to look increasingly at natural energy resources in the future, so as an expanding global company with interests in renewable energy infrastructure we are delighted to be working with Conrad

in the Vendee Globe, which is the perfect platform to showcase the power and future potential of natural energy.”

The Vendee Globe fleet set off from Les Sables d’Olonne in France on 6 November for the event, the only non-stop solo round the world race without assistance.