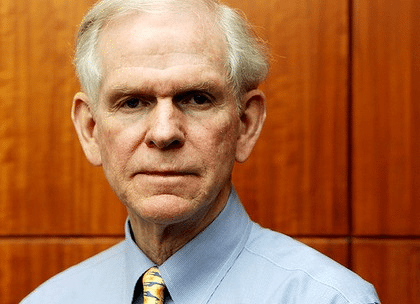 Jeremy Grantham, chief investment strategist at GMO, highlights the green investment opportunities of increased scarcity. In his second quarterly letter of 2011 he discusses pressures on energy, metal and agriculture as a result of limited supply and increasing population and consumption.

Grantham’s previous position was that prices, in the long term, will revert back to their trend. He has revised that position in the case of commodities, where he now believes a new trend is forming. His argument resembles that of Thomas Malthus, an early 19th century scholar who believed that human population and consumption would only grow to the level constrained by available resources. Critics of Malthus put faith in technological genius, as seen in the industrial revolution, to ensure endless economic growth.

Grantham in his April letter says: “no compound growth is sustainable” and argues that we are reaching the point where limited resources will put a strain on consumption. His previous letter showed that commodities with constantly falling trend prices over the previous century are now rising in price so distantly from trend that he pronounces it a “paradigm shift”. He begins this quarter’s letter with the assurance that the human race is capable of solving these scarcity issues, but that action needs to be taken and: “It really is a crisis that begs for longer-term planning– longer than the typical horizons of corporate earnings or politicians.” As a result of this he criticises capitalism for its short-sightedness and inability to efficiently handle scarcity.