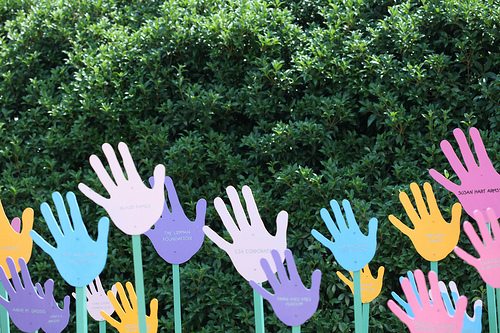 15 Hatfields near Blackfriar’s Bridge claims to be London’s most sustainable venue. ISO14001 (environmental management systems) is in place, but so are cushions made from recycled airplane belts and goat hair carpets. I kid you not.

So in this green and pleasant setting, WHEB’s Listed Equity team set out their wares. In the early stages of the afternoon, the room was the perfect metaphor for runaway climate change, by being hotter than hell. It’s odd to watch various smartly pin-striped gentlemen slowly wilt until the air conditioning kicked in.

It was great to get an update on the resilient underlying investment philosophy of WHEB’s £89m fund, the spread of investments across their nine themes and the fund’s overall performance. As their recent impact report set out, it is the team’s strong conviction that, “the global economy is in the early stages of a fundamental reorientation.” And that, “sustainable investing is finally coming of age.”

Striking was the sales growth of the ~1,000 company universe WHEB picks from, relative to the slower growth of the MSCI World Index of 1,613 global stocks. The universe of companies that WHEB invests in are developing products that address the fundamental issues of demographic change, urbanisation, climate change, resource scarcity, wellbeing, education & health. Impressive is the low carbon footprint of their fund, which is 70% less than its MSCI benchmark.

Deploying a well-known exponential growth chart that plots population growth, various resource usage and environmental degradation WHEB’s Tim Dieppe clearly illustrated the enormous and recent impact we are having on our fragile blue and green planet.

Additional insight was offered by the unrivalled Mark Lewis of Kepler Chevreux who rapidly explored the challenges within the oil industry and David Lloyd-Owen of Envisager who provided a witty and powerful exposition of the water challenges we face and the very real opportunity it creates for investors.

Lewis illustrated the systemic risk within the oil industry of spiralling capex and declining output. He also demolished the shale gas myth, which is rapidly running out of gas. He pointed out that shale oil production declines by 60% in the first year of a rig’s operation, whereas more traditional rigs build up to capacity over years, plateau and then decline over a long period. The massive investment requirement for fossil fuels is untenable compared to the rapidly falling prices of renewables.

Lloyd-Owen described the unusual asset intensity of the water industry – the UK’s water infrastructure replacement value is £290b, with industry revenues of only £9b. The issue is more about how we control demand and deliver more for less, rather than developing shiny new innovations. The drought in California, droughts in Australia and floods in the UK have created the perfect storm for investment in real-time data to manage water demand.

Ted Franks of WHEB put forward Joseph Schumpeter’s famous thesis that, “Creative Destruction is the essential fact about capitalism”. A new industry emerges that destroys an old industry, redeploying capital and other resources more effectively. His collection of music is open for takers after the death of the minidisc at the hands of MP3.

Blue & Green would posit that we have severely hampered the sustainability of our global economy by protecting old and oligopolistic dirty industries, while making life difficult for new and disruptive clean industries. Not to mention, the oil super major’s aggressive and dishonest rear-guard action of funding climate change myth, doubt and denial, or denoil (neologism of the week). Has no modern capitalist read Adam Smith and the need to support and develop infant industries, while condemning and breaking up established oligopolies?

WHEB’s head of research, Seb Beloe, then discussed the excellent annual impact report, which you can download here. Using a clearly defined process, Beloe plots companies based on their environmental, social and governance (ESG) policies, and then their actual social and environmental impact. For example, a company which the fund invests in should perform well on ESG policies and reporting, but also have a positive impact on society and/or the environment.

In the question and answer session a discussion on the cost effectiveness of onshore wind, led to the perfect response, that wind creates huge amounts of energy currently, that their prevalence proves their success, and that almost all opposition to wind power is due to “aesthetics not physics”. Slam dunk.

A YouGov poll in March this year showed that 59% of the population saw any kind of tax avoidance as unacceptable, even when the difference between legal tax avoidance and illegal tax evasion was stressed by pollsters. Only 32% think it reasonable. When asked about WHEB’s view on aggressive tax avoidance Beloe said that such behaviour had been observed in three of the 67 companies they invested in and was often a ‘red flag’ of other negative corporate behaviours. WHEB engages regularly with all the companies it invests in on all ESG issues and has an exceptional voting record. 54% of their 56 engagements were wholly or partially successful in 2014.

An afternoon with WHEB was a stimulating and inspiring event. Their clear commitment to a sustainable future, combined with incredible insight and financial hard-headedness positions them perfectly for the global economic reorientation around sustainability and drift towards responsible capitalism.

We look forward to next year’s investor conference.

Responsible investment still being viewed as detrimental to returns