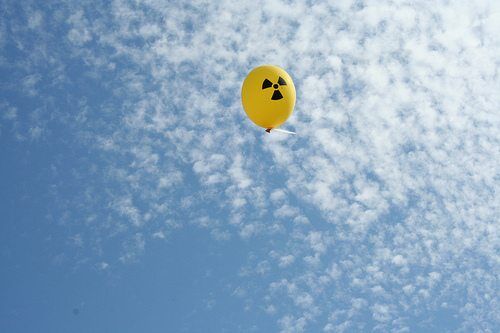 Stop Hinkley Campaign Appeals For All Work To Be Suspended

The Stop Hinkley Campaign is urging EDF Energy to cease all work on Hinkley Point C at least until the French regulator grants the French nuclear industry a cleaner bill of health and we know the outcome of the ongoing investigation into the use of poor quality steel at the reactor being built at Flamanville. This is the same type as the ones proposed for Hinkley Point C.

The French nuclear regulator – ASN – has been investigating two aspects of a growing nuclear scandal in France. Firstly, some steel components made at Areva’s Le Creusot factory for nuclear reactors in France and elsewhere, had excessive carbon levels which could make them vulnerable to cracking. Secondly, there is evidence that some of the quality-assurance documentation may have been falsified. Although all French nuclear reactors which were temporarily closed as a result have now re-started, the Financial Times reports that ASN now wants to dig further into several issues before they are willing to give a clean bill of health to the French nuclear industry.

In addition, the results of an investigation by EDF at Flamanville will be delivered to the ASN in the coming weeks. The regulator will then analyse the findings and issue a report in the first half of this year. Any significant problems with the reactor vessel could be catastrophic for EDF, however, as redoing this important piece of the plant would mean restarting much of the construction work, which is already billions of euros over budget and several years late.

“If a company building a footbridge was accused of manufacturing poor quality steel and of falsifying quality assurance documents, they would be thrown off the job, at least until they were exonerated. And yet EDF Energy continues to make preparations to build something potentially much more dangerous than a footbridge which has been manufactured by a company accused of these very safety lapses”.

In December it was reported that the French company – Engie – would like to abandon its 40% share of new reactors planned for Moorside near Sellafield in Cumbria and shift its focus to renewable energies. And nuclear power has turned into a financial quagmire for the other Moorside partner – Toshiba. Shares in the Japanese company plunged at the end of December wiping 40% off its value after an announcement that it may have to write down billions due to its acquisition of Westinghouse Electric which is struggling with 4 new reactors in the US which are late and over-budget. Meanwhile the cost of solar and wind continues to fall. The World Economic Forum reports that solar and wind are now the same price or cheaper than new fossil fuel capacity in more than 30 countries. As prices for solar and wind power continue their precipitous fall, two-thirds of all nations will reach the point known as “grid parity” within a few years, even without subsidies.

“The writing is on the wall for Hinkley Point C; the sooner EDF Energy gives up, the sooner Somerset can move forward and join the rest of the world developing an energy strategy for tomorrow, and stop looking backwards to failed technology well past its sell-by date.”