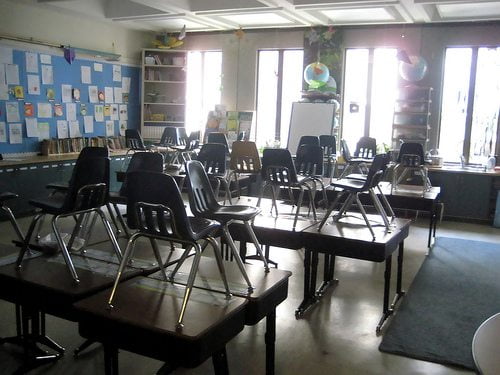 A Labour backbencher has urged party leader Ed Miliband to commit to putting sustainability in the school curriculum.

Joan Walley, the chair of the House of Commons’ environmental audit select committee, has supported Keele University, where chancellor and renowned environmentalist Jonathan Porritt is introducing a sustainable development core discipline in each subject.

Inspired by this, Walley says she wants to see children educated on the challenges and opportunities of sustainability much earlier.

Speaking to Politics.co.uk, she said, “What’s the point of having that at university if it’s not seamless back through college and back through secondary school?

“Independent MPs, hopefully spurred on by their concerned constituents, can be using the processes within their own political parties to press for manifesto commitments to actually embed policies that go further on tackling climate change and on valuing natural capital.”

Last year, it was announced that climate change would continue to be taught in geography across key stages 1-3 in England, after education secretary Michael Gove scrapped plans to take it off the national curriculum.

Meanwhile, Walley’s plea is reminiscent of the call from an alliance of 19 individuals from thinktanks and other organisations who recently urged Labour to adopt a bold vision for a “more equal and sustainable society”.

In a letter published by the Guardian, the groups argue that inequality, the threat posed by climate change, the “irrelevant” democratic system and the well-documented problems in the financial world demand a Labour or Labour-led administration in 2015.

They add, “But if Labour plays the next election safe, hoping to win on the basis of Tory unpopularity, it will not have earned a mandate for such change.

“It must take into the election a vision of a much more equal and sustainable society and the support of a wider movement if these formidable challenges are to be met.”