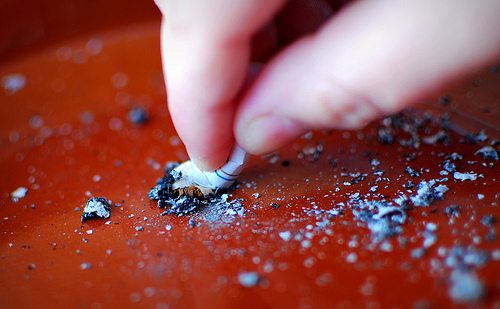 Shadow health secretary Andy Burnham has demanded answers over Lynton Crosby’s contact with the ministers who made the decision to shelve plans for standardised cigarette packaging.

In a briefing to ministers, anti-smoking group Smokefree Action Coalition highlighted that standardised packaging would remove the attractive nature of smoking to young people and would reinforce health warnings.

The group also claimed that more than 200,000 young people aged under-16 take up smoking every year.

Australia has already implemented standardised packaging and Ireland plan to do so in 2014. Scotland, Wales and Northern Ireland have also stated their support for the move.

Hilary Emery, chief executive of the National Children’s Bureau, said, “The introduction of standardised packaging for cigarettes and tobacco products would be an important step in cutting the number of children who start smoking every year. Children in poorer communities, and in vulnerable groups such as those in care, are particularly likely to become smokers.”

A survey carried out by Smokefree Action Coalition showed that 65% of UK adults are in support of standardised packaging.

Deborah Arnott, chief executive of Action Smoking and Health (ASH), said “We believe that there is a clear majority in both Houses of Parliament for the policy. If the government has lost its nerve, let parliament decide on a free vote.”

The Guardian claims that tobacco companies are using lobby groups as a “political battering ram”. It adds that the industry is “secretly paying” influential figures, such as philosopher Roger Scruton, who published a report attacking the regulation of tobacco.

A group of researchers from the University of Bath, the Tobacco Control Research Group, found that tobacco firms are using pricing in order to maintain the industry.

Speaking to Blue & Green Tomorrow, one of the researchers said, “Lynton Crosby has been working for quite some time with Phillip Morris, one of the world’s leading tobacco companies. It is quite clear that there is a conflict of interest within the heart of the government.”

Health secretary Jeremy Hunt insisted on Newsnight on Tuesday evening that the government was fully transparent, saying, “Lynton Crosby’s work is for the Conservative Party. He hasn’t lobbied me and he hasn’t lobbied the prime minister on issues to do with public health and there is a clear dividing line.”