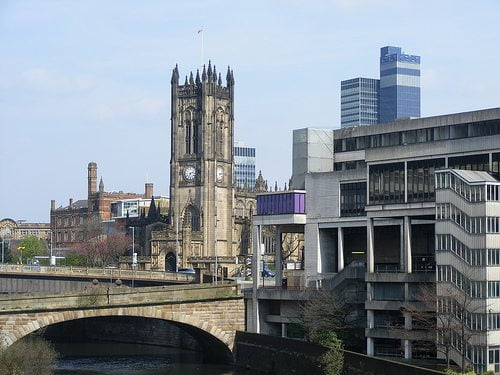 Manchester event to kickstart social economy campaign to ‘benefit the 99%’

Local councillors and MPs will be asked to support the social economy on Tuesday, when the Social Economy Alliance prepares to kick off a campaign to grow the UK economy “from the bottom up”.

The organisation will launch the initiative at an event in Manchester, with national journalists and policy influencers in attendance. The mayor of Liverpool will also deliver a keynote speech telling candidates for the local elections how they can help support UK social enterprises and co-operatives.

There are now more than 70,000 social enterprises operating within the UK, according to the alliance, all of which put their profits back into society for the benefit of people, communities and the environment.

Ramsay Dunning, general manager of Co-operative Energy, said that it was mandatory for political leaders in the UK to be opening doors to such initiatives.

“There is a growing community energy industry in the UK where neighbours are collaborating and creating jobs”, he said.

Dunning added that whilst other countries were developing community energy and renewables at a fast rate, the UK was “dithering”. He said, “An energy market that is fair for consumers will only be achieved if local and national politicians create an environment that supports bottom up, grassroots energy initiatives.”

The Social Economy Alliance has a diverse range of members, including energy co-operatives, care for the elderly and credit unions – many of which reduce the cost of living and put the power back into the hands of the people.

Peter Holbrook, chief executive of trade body Social Enterprise UK, said, “Power is concentrated in too few hands in Britain. Our local and national political leaders must take a closer look at what’s happening at the grassroots if they are to understand the way the economy is developing and can, in future, benefit the 99%”.

He added, “We must ensure that the next year’s general election delivers a government that supports the growth of the social enterprise and cooperative movement – we need more businesses in all corners of the UK that put people and communities first.”

Manchester was chosen to host the event given the city’s historic links with the social economy – home to the social enterprise and co-operative movement Rochdale Pioneers, which was launched in 1844. It was the first ever co-operative in the UK to pay dividends to members and formed the basis of many of the co-operative models in existence today.