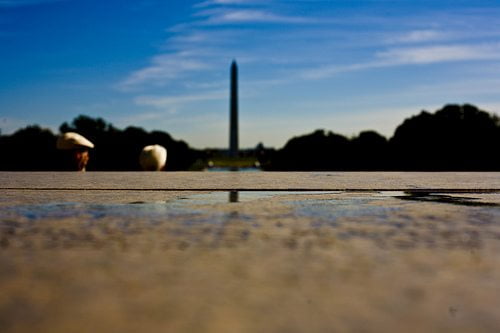 Today’s 50th anniversary of Martin Luther King’s seminal speech in Washington is a timely reminder of the lack of progress in racial equality globally. What racism overtly failed to achieve through instruments of state (disfranchisement and segregation), it has covertly achieved through unspoken prejudice, convention and economics.

As a white person, I have to check my privilege writing abut this, but the data on racial equality at home and globally should outrage everyone, regardless of their ethnicity. As Martin Luther King put it, “Many of our white brothers, as evidenced by their presence here today, have come to realise that their destiny is tied up with our destiny. And they have come to realise that their freedom is inextricably bound to our freedom.”

“But the gap in assets runs much wider. White families claim about six times the net-worth of non-white families, a gap that has changed little over the past generation. The gap in median home value, for white and non-white homeowners, narrowed through the housing boom.

Meanwhile, the UK’s own Institute for Race Relations states, “Throughout the UK, people from black and minority ethnic (BME) groups are much more likely to be in poverty (with an income of less than 60% of the median household income) than white British people. In 2010, nearly three-quarters of 7-year-old Pakistani and Bangladeshi children and just over half of those black children of the same age were living in poverty.

“About one in four white 7-year-olds were classed as living in poverty. In 2009, the Wealth and Assets Survey revealed that the ‘average white household’ had roughly £221,000 in assets, black Caribbean households had about £76,000, Bangladeshi households £21,000 and black African households £15,000. BME groups are also more likely to experience homelessness. In Wolverhampton, for example, in 2011, 26% of the population were from a BME community, but these same communities made up about 40% of the homeless cases seen by the local authority.”

Globally, Inequality.org reports that “the richest 0.5% of global adults hold well over a third of the world’s wealth.” Forbes lists the number of billionaires by region. Africa has 13 (Egypt dominates with seven) and Asia has 399 (161 in ‘communist’ China/Hong Kong). Conversely, North America has 462 (the US accounts for 442) and Europe 403 (Russia has 110). Fifty-nine per cent of those billionaires are white. Only 0.6% are black.

According to the World Wealth Report in 2010, the US and Europe have the highest number of high net-worth individuals (people worth more than $1m) and ultra-high net-worths ($30m+). Africa has the fewest.

The World Bank shows that the richest regions measured in GDP per head are the predominantly white North America, Oceania and Europe, and the poorest, predictably, Asia, Africa and Antarctica (lots of impoverished penguins, I guess). North America’s GDP per head is 21 times that of Africa’s. The US (North America’s richest per head) is 118 times more prosperous per head than the Democratic Republic of Congo (Africa’s poorest).

Of course, we all know that Africa is poor and that America and Europe are rich. But inequality is bad, even for the rich, as clearly articulated in chart after chart in The Spirit Level.

Endless plans, commissions and reports on racial inequality have done little to address the inequity. If you are from a BME community in wealthy America or Europe, or live in a predominantly non-white country, your life chances are significantly diminished. How many Nobel prize winners, entrepreneurs, scientists, authors, educators and healers are we losing simply because they come from these countries and communities? Being brilliant has everything to do with opportunity created by the accident of living in a wealthy, healthy location, and nothing to do with the colour of your skin.

Noah Webster, American editor and writer (1758-1843), once said, “The causes which destroyed the ancient republics were numerous; but in Rome, one principal cause was the vast inequality of fortunes.” That the US was reported to have greater inequality than Ancient Rome is deeply worrying. That one of the clearest indicators of poverty in 2013 is still the colour of your skin, rather than the content of your character, is genuinely shameful.

On this day in 1963: Martin Luther King Jr delivers seminal ‘I have a dream’ speech

Making the dream of ethical investment a reality