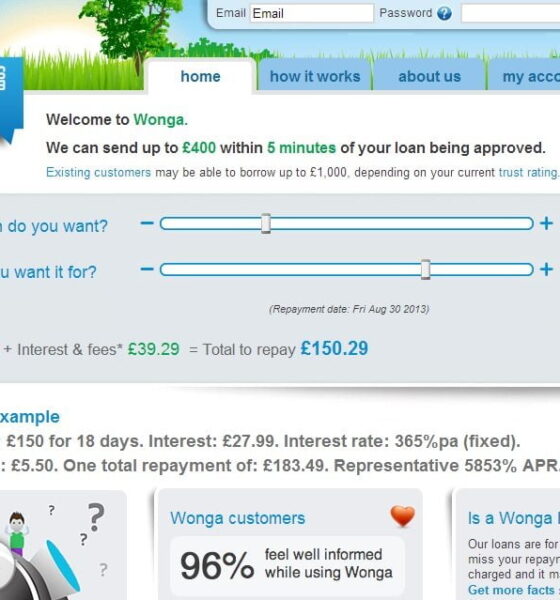 Payday lenders have come under more fire after figures released by watchdog Ofcom found that almost 400,000 adverts for the controversial companies were shown on TV in 2012.

The figures are expected to put further pressure on regulators to curb the advertising of high-interest loans, which featured on music channels and stations popular with teenagers and children three times more frequently last year than in 2010.

Citizens’ Advice, which has been strong in opposition to practices within the industry, has condemned payday lenders as irresponsible.

“Payday lenders are unashamedly and irresponsibly using adverts to prey on poorer households in a bid to capitalise on the cost of living crisis”, said Citizen’s Advice chief executive Gillian Guy.

“It is deeply concerning that children and teenagers were exposed to three times as many payday loan ads in 2012 compared to in 2010.  More and more adverts are appearing on music channels and TV stations popular with teenagers and young people as lenders try to entice the next generation of borrowers.”

She added that, “The FCA needs to introduce a clear and concise health warning on payday loan marketing which spells out the consequences of taking out a payday loan and to stop payday lenders targeting children with advertising.”

Guy had previously blasted payday lenders when appearing before MPs, referring to cases where money was being taken out of consumers’ accounts without authorisation, something which she said puts people in “situations of spiralling debt”.

Also giving evidence back in November, Martin Lewis from moneysavingexpert.com accused them of “grooming” by using “inappropriate propaganda” to promote the use of payday lenders.