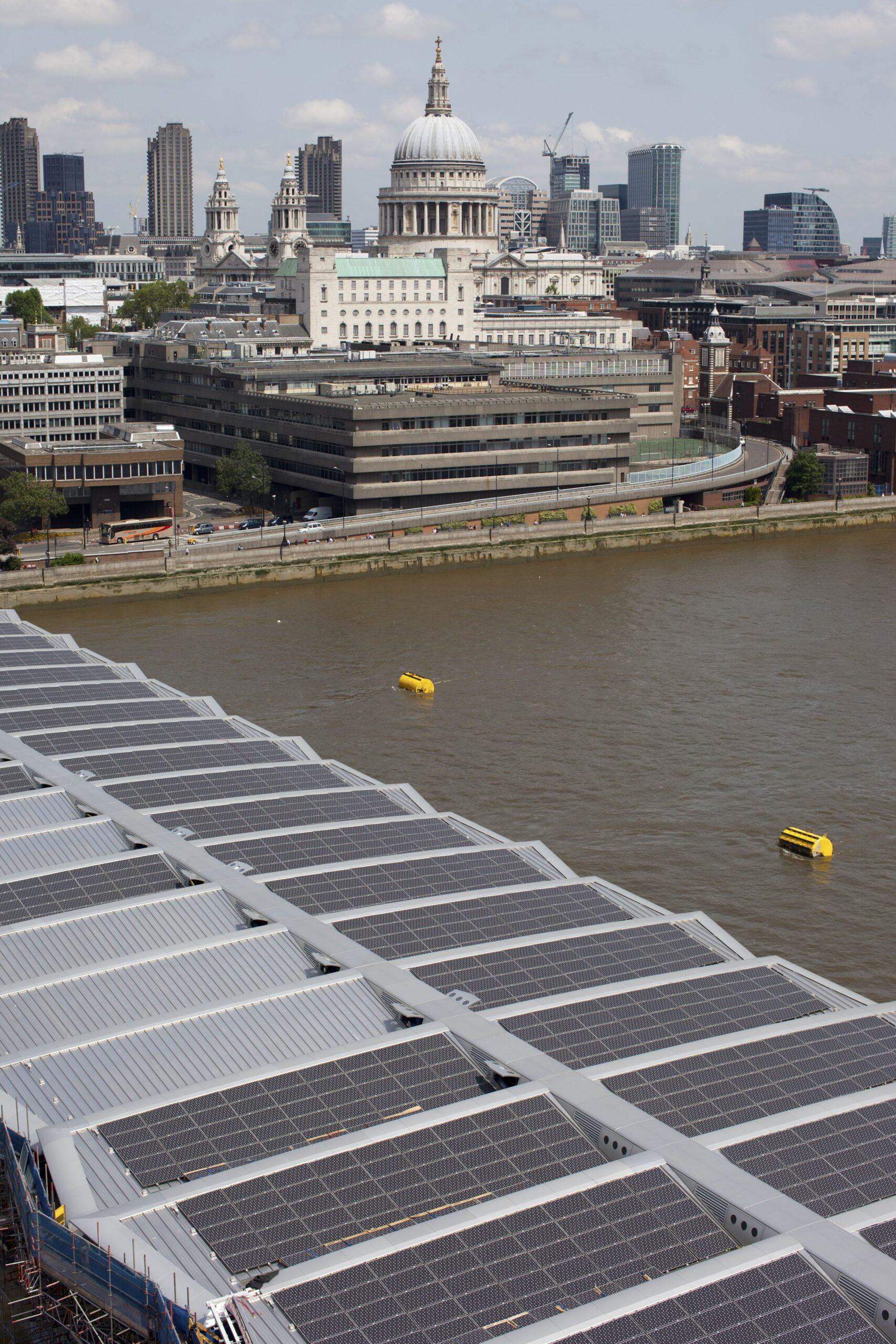 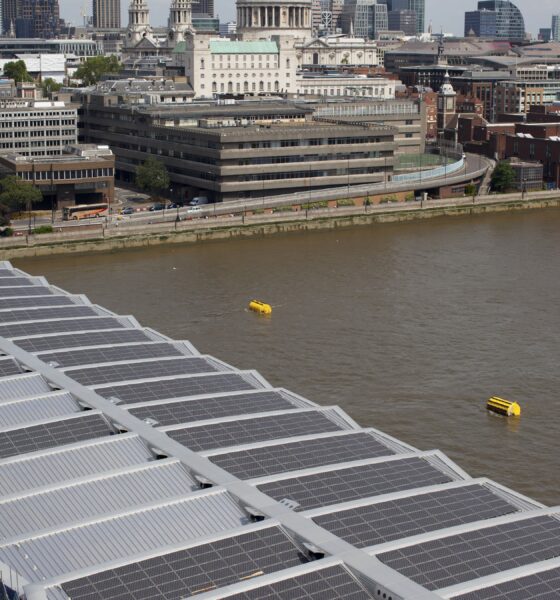 The 2,200th solar panel was installed on the roof of Blackfriars station in central London today, meaning the construction of the capital’s largest solar array has officially reached the halfway point.

A total of 4,400 panels, fitted on the 125-year-old Blackfriars bridge, are expected to generate 900,000 kilowatt hours of electricity a year and contribute to as much as 50% of the station’s energy needs once completed later this year.

As well as being London’s biggest solar development, it will also become the world’s largest solar bridge, saving 500 tonnes of carbon dioxide annually.

The development is being led by Network Rail, with the Panasonic panels installed by Solarcentury.

“Blackfriars will be one of the World’s great solar power installations”, claimed Frans van den Heuvel CEO of Solarcentury.

“Architecturally challenging, the project demonstrates just what is possible with this versatile technology in dense urban areas.

“We’ve been working amongst one of the most complex build programmes in the country, at height, over water and live train lines. It’s a great feeling to be half way there.” 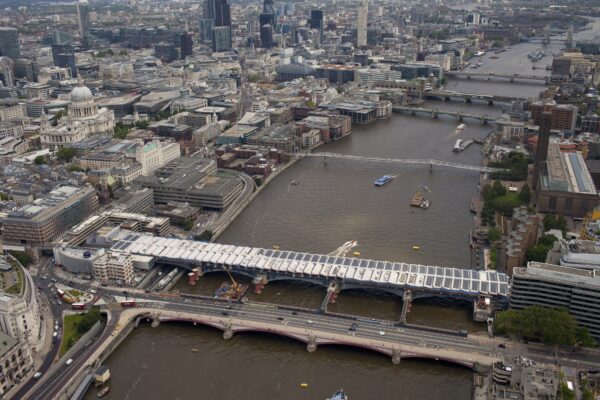 The development’s encouraging progress follows an announcement last week from TGC Renewables about the proposed installation of 28,000 solar panels at a site in South Devon. Reports claim this could become the largest solar farm in the UK when finished.

Similar proposals have been announced in Warrington and Suffolk as the UK surges on in the solar development rush.

Construction of the Blackfriars solar bridge began in October last year, and although it won’t start generating power until late this year, the station itself is set to be open to the public this month.