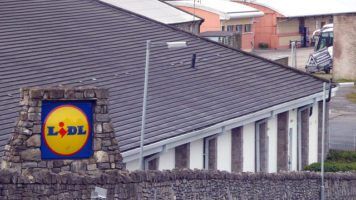 LIDL UK Promises To Phase Out Caged Eggs From 2025

Lidl UK, Britain’s fastest growing supermarket*, has today announced it will phase out the sale of shell eggs from caged hens from 2025, as part of its continued commitment to responsible and sustainable sourcing.

In the meantime, Lidl will work closely with all its egg suppliers to ensure that its pledge will have no detrimental effect on their businesses. Having already supported British egg producers to make a significant investment to transition to enriched caged systems in 2012, this latest initiative is designed to continue to put both improving animal welfare and nurturing strong and secure relationships with its valuable partners at the heart of its supply chain.

As a champion of best practice in the fresh produce sector, Lidl has already this year backed British fruit and vegetable growers by committing to the NFU’s ‘fruit and veg pledge’. The supermarket was also named ‘mid-size store retailer of the year’ at the MSC Awards 2016, recognising its work in sustaining the world’s oceans.

Lidl continues to source its products as locally as possible, working closely with the National Farmers Union to engage as sustainably as possible with British farmers, while maintaining strict animal welfare standards.

Ryan McDonnell, commercial director at Lidl UK said: “As a responsible retailer, we are committed to ensuring that the highest standards are met and maintained across our supply chain. Our pledge to work closely with our UK suppliers to phase out the sale of shell eggs from caged hens also underlines our understanding of our customers’ changing expectations, as shoppers increasingly search for responsibly sourced high quality British produce at the best price.”

*According to Kantar Worldpanel, July 2016