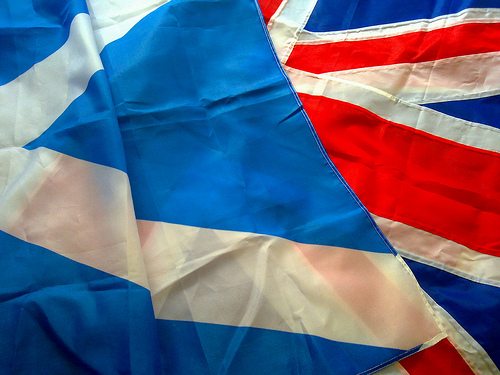 Standard Life has said it would consider moving its business operations out of Scotland should the country vote for independence in September’s referendum. The Edinburgh-based financial firm said it had concerns around competitiveness if people voted ‘yes’.

In the company’s annual report for 2013, Gerry Grimstone, chairman of the firm, said, “We have been based in Scotland for 189 years and we are very proud of our heritage. Scotland has been a good place from which to run our business and to compete around the world. We very much hope that this can continue.

“If anything were to threaten this, we will take whatever action we consider necessary – including transferring parts of our operation from Scotland – to ensure continuing and to protect the interests of our stakeholders.”

The company has reportedly already begun establishing additional registered companies outside of Scotland as a contingency plan. Standard Life, which has £237 billion under management, highlighted the potential difficulties involving tax, financial services and the monetary system if Scotland chooses to break away from the UK.

The Royal Bank of Scotland has also said that independence, along with the 2017 referendum on EU membership, has the potential to negatively impact on business.

Julian Parrott, a partner at Edinburgh-based advisory firm Ethical Futures, said that he the issue was “much bigger than pure economics”.

He added that he felt the debate on whether or not Scotland should be independent has been a “negative tit for tat campaign”. He called for a discussion that looked at the reasons, rationale and possibilities of building a new country and a new vision.

Parrott concluded, “Yes, short-term, [independence] will create problems. There will be lots to sort out – but I really don’t expect mass flight to England or elsewhere if we did vote for independence – but before we get there, we need to raise the bar of debate a bit higher.”