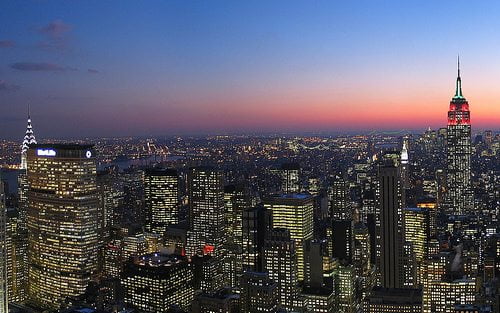 Sixty-three of the world’s biggest cities have almost doubled the measures they are taking to reduce climate change since 2011, according to a new report.

The study, produced by the C40 Cities Climate Leadership Group and consultancy firm Arup, said its findings are evidence of a trend of accelerating climate action in megacities.

It found that the 63 urban centres affiliated with the C40 have reported 8,000 climate actions that are currently underway, with 41% taking place on a citywide scale.

These include introducing new energy efficiency regulations, public transport initiatives or flood mapping efforts in order to reduce greenhouse gas emissions and prepare for the impacts of climate change.

“C40’s networks and efforts on measurement and reporting are accelerating city-led action at a transformative scale around the world.”

Michael Bloomberg, former New York City mayor and president of the C40 board, added, “By using data to show what works – and what’s possible – cities can inform the global conversation on climate change and contribute to aggressive national targets to reduce emissions.

“Mayors don’t have time to debate politics, they have to deliver results, and mayors around the world increasingly recognize the threats climate change poses to our cities.”

Last week, the billionaire philanthropist Bloomberg was named as the new UN envoy on cities and climate change. He is tasked with helping the secretary-general Ban Ki-moon raise political will and mobilise efforts to reduce carbon emissions in cities.

Bloomberg said that he would try and boost the international debate by showing that tackling the issue does not have to be costly or controversial.

“[Ban] probably is a little bit frustrated that the nations of the world haven’t come together”, he added.

“There’s nothing inconsistent between what we do at the city level and what he would like to get done at a national level.”