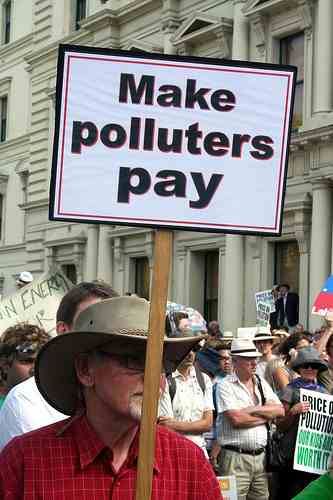 The French government has said a carbon tax will be introduced in the country next year that is expected to generate some €4 billion (£3.3 billion) for renewables projects and energy efficiency schemes.

Fossil fuels firms will be taxed in proportion to the amount of greenhouse gas emissions they generate. The government said it would have a minor impact on consumers, at least in its first year.

Fuel is already being taxed in France, but carbon emissions have as yet not been taken into account. Transport companies will be exempt.

The carbon tax is expected to create €2.5 billion (£2.1 billion) in 2015 and up to €4 billion in 2016, as part of a climate-energy contribution scheme (contribution climat-énergie [CCE]) announced by French president Francois Hollande.

The government said that these profits, along with a levy on profits derived from largely produced nuclear power, would help the country to pursue clean energy targets.

“For the remainder of the lifespan of the plants, assuring maximum safety, our nuclear park will be made to contribute, without impacting supply. Fossil and nuclear energy will thus be mobilised to allow us to meet our energy transition objectives”, French prime minister Jean-Marc Ayrault said.

Meanwhile, Hollande added that the country would try to reduce its dependency on fossil fuels by 30% by 2030, while decreasing the reliance on nuclear energy by 50% by 2025, starting with the closure of the oldest power plants.

Carbon pricing is currently being considered by a number of South American countries, as well as China. It is also in force in some European regions, a few US states, Australia and New Zealand.

Following the recent election, however, new Australian PM Tony Abbott announced he will scrap the tax, putting the country’s climate targets at risks.