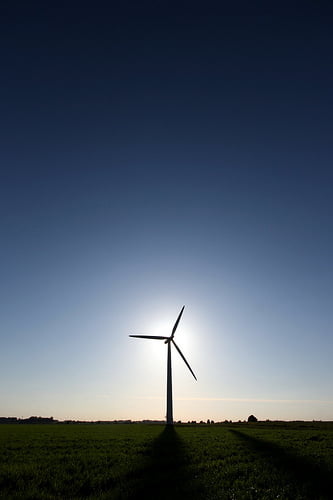 Conservative MP Zac Goldsmith has said that the government’s uncertainty on energy policy could put off potential investors, adding that a lack of clear direction is “hopelessly irresponsible”.

It’s alleged that both men supported the campaign of Telegraph blogger James Delingpole, who was running as an anti-wind candidate in the Corby by-election. Delingpole withdrew his candidacy at the end of October, a few days before the deposit deadline.

The Greenpeace video also revealed significant information into the views of the George Osborne. Peter Lilley MP was recorded as saying that the chancellor “doesn’t need persuading” about wind, while his father-in-law Lord Howell claimed Osborne was “putting pressure” on David Cameron to rethink the UK’s carbon reduction targets.

Hayes, who replaced Charles Hendry as energy minister in September, added fuel to the fire last month by claiming in two national newspapers onshore wind turbines “peppered” the countryside and that “enough is enough”.

He was reprimanded by Lib Dem energy secretary Ed Davey, who insisted that the coalition government’s energy policy hadn’t changed, and Goldsmith, the MP for Richmond Park and former editor of The Ecologist magazine, said that the inside squabbling isn’t beneficial in terms of attracting energy investment to the UK.

“The greatest risk for anyone investing in the energy sector is political instability and lack of certainty”, he told Blue & Green Tomorrow.

“Even while the government’s policies are broadly unchanged, it does appear that the Treasury is playing political games with the issue.

“It isn’t entirely clear what it is trying to achieve by undermining its own policies, but one effect, certainly, will be that investors will simply lose interest in the UK.

“The chancellor in particular must lay out his views and then stick to them. Nudge nudge, wink wink may work in opposition, but it is hopelessly irresponsible in government.”

In previous statements and speeches about where the UK gets its energy, Osborne has lauded the role of gas. In his budget statement in March, he said that it is “cheap, has much less carbon than coal and will be the largest single source of our electricity in the coming years”.

This strategy – which has come to be known as the ‘dash for gas’ – has been criticised by green campaign groups including No Dash for Gas, which earlier this month staged a seven-day occupation of a Nottinghamshire power plant in protest.

Meanwhile, the government’s climate change advisers – the Committee on Climate Change – wrote a letter to Ed Davey outlining that a dash for gas could in fact be illegal.

By focusing on a finite source of power, the government is not only making it difficult to meet carbon reduction targets, but it’s failing to capitalise on the UK’s potentially limitless range of renewable energy technologies – those that would attract investment, create jobs and ensure sustainable growth in the economy.

A recent poll by YouGov displayed overwhelming votes of confidence for clean sources of energy alongside derision for fossil fuels, proving that government policy is once again the biggest stumbling block for a vital, burgeoning industry.

The Huffington Post reported today that a spokesperson for Osborne had said that, “The chancellor supports government energy policy which has helped secure record investment into the UK energy infrastructure”.

But commenting on news Friends of the Earth’s head of campaigns Andrew Pendleton said that with this recent wave of confusion, it’s not clear what the coalition’s policy actually is.

“Until the energy bill is published we don’t know what government energy policy is”, he said.

“But we do know the chancellor is pushing for one that will keep the nation hooked on dirty and increasingly expensive gas for decades.

“The prime minister must take action to stop leading Conservatives like George Osborne from pursuing an anti-green agenda and undermining investor confidence in clean energy.

“Tackling climate change was a key part of David Cameron’s plans to modernise the Conservatives – but until he tackles the dinosaurs within his party he will struggle to succeed.”