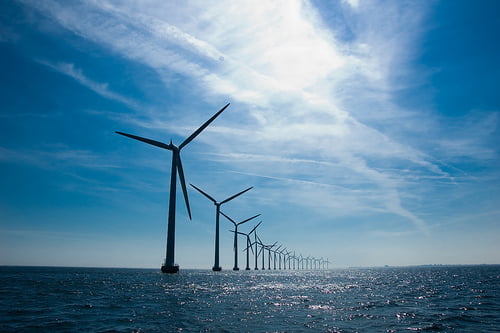 Justin Sherrard, Rabobank analyst, said, “A failure to meet the 2020 targets is a result of a number of barriers to renewable energy investment and development, which include the cost of capital, delayed infrastructure investments and disruptive policy adjustments.”

Largely driven by offshore wind farm expansion, the report found that the UK has almost tripled its renewable electricity share between 2005 and 2012. It predicts that political support in the UK will be crucial in keeping investors interested in domestic renewables.

An industry survey by trade body the Renewable Energy Association (REA) in March found that 96% of the sector was apprehensive about the UK meeting its targets in time for 2020.

Speaking to Blue & Green Tomorrow on how policies were affecting the speed of investment within renewables, chief executive Gaynor Hartnell said, “Whilst we are on the right trajectory at the moment with respect to electricity, renewables in heat and transport are not showing the growth required and policy in these areas is delayed.

“The impact of a slowdown in investment decisions in renewable power projects, following its peak in 2009, is yet to filter through. Plus there is great uncertainty in the policy landscape surrounding electricity market reform.

“Having said this, the UK has made great strides and I’m confident that renewables will go way beyond the current target, even if it does not hit 15% by 2020.”

Rabobank’s quarterly report also said the Netherlands’ clean energy efforts meant it was further from its 2020 target than any other EU country. On the contrary, it added that Germany had made great strides in attempting to meet its target, doubling its renewable energy capacity in the last few years.

Meanwhile, the global offshore wind sector has been predicted to become a €130 billion market by 2020, in a report entitled Offshore Wind Toward 2020. The study, by industry consultant Roland Berger, said there could be huge influx of new offshore turbines in the coming years.